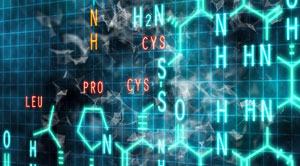 Fremont, CA: According to a recent article by BBC, one of the Silicon Valley entrepreneurs adopted dopamine fasting as he felt that it was the latest fad to emerge in the future-facing region known for embracing new wellness initiatives. Dopamine is a neurotransmitter, a chemical brain messenger that is released at an increased level, which elevates one’s happiness and confidence while reducing anxiety. Dopamine fasting refers to the act of stopping to eat, instead only drinking water to stay hydrated, ignoring the phone, laptop, and other tech devices, and avoiding interaction with people as much as possible, including making eye contact. Its release can be triggered by a range of external stimuli caused by unexpected events such as extreme noise and more.

Advocators of dopamine fasting believe that regular ‘hits’ of dopamine from stimuli like social media, technology, and food make us numb as a result of built tolerance. However, after fasting re-engaging with such stimuli, we tend to enjoy more, and our lives feel better.

Physicians based in the Silicon Valley area say that dopamine fasting is based on a behavioral therapy technique called ‘stimulus control’ that can help addicts by removing triggers to use. To get rid of the always-on, high-stress nature of the jobs instead of abstaining entirely from things like social media and technology, patients can prefer dopamine fasting. Patients show improvements in mood, ability to focus, and productivity—giving them more free time for other healthy behaviors. It is one way of optimizing the health and performance of the CEOs and venture capitalists. The benefits of dopamine fasting are worth making.

Also, dopamine fasting is a kind of Vipassana meditation adapted for the 21st Century tech-dominated world where the practice makes everyday things more engaging. In other words, it is a rebranded form of ancient meditation.

Will there be a no for staying rid from the overcrowded, over-stimulated things and taking a step back and then re-engaging with them. Gaining control over behaviors and the environment allows one to deal with things that are problematic in this world ruled by technology.