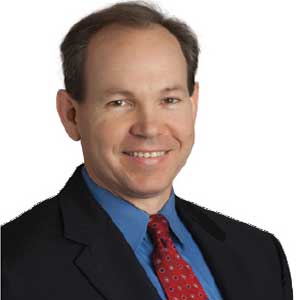 Steve Hill, CEO
The son of an Army Colonel, Steve Hill always wanted to do something positive to support the Armed Forces, and his partner, Bill Waite, is equally passionate about Modeling & Simulation (M&S). These combined passions eventually led them to establish AEgis Technologies—a company that utilizes M&S technology to create training solutions for the Armed Forces as well as geospatial solutions for other government agencies and commercial industries. “After college, my initial inspiration was to start a company to train Warfighters so they would make it back home,” says Hill, now President & CEO of AEgis Technologies.

Hill says he’s particularly proud of AEgis’ work in providing high-fidelity, geo-specific terrain databases to U.S. Government and commercial customers for visualization, mission planning and for use in virtual training. Several years ago, satellite imagery provider, DigitalGlobe, teamed up with AEgis to provide NBC with access to a 3D digital model of Beijing during the network’s broadcasts of the 2008 Summer Olympic Games. It was the first time this ground-breaking technology had been leveraged to develop highly accurate 3D simulation quickly for NBC’s coverage of the Olympics. Collaboration between AEgis’ geospatial modeling technology and DigitalGlobe’s extensive library of satellite imagery content allowed virtual databases to be rendered in just days and the data was also exported out of the model in various formats for use in other applications such as ESRI ARCmap and Google Earth.

“We’ve been providing 3D models and terrain databases for U.S. military and 3-letter agencies for several years,” said Hill. “The Beijing Olympics was one of the first opportunities we had to leverage our geospatial modeling technologies for a commercial project.” Hill went onto say that the success of the Beijing project led to subsequent commercial geospatial modeling projects such as security for the Super Bowl, NATO summit, and Olympics Games in Vancouver, Canada and London, England.

More recently, AEgis has applied their geospatial modeling expertise to provide innovation to Huntsville real estate development. “AEgis built a virtual model of the Lendon neighborhood in south Huntsville and posted the model on the developer’s website,” says Hill. “Potential homebuyers can stand on the porch of any home in the neighborhood, walk down the street, visit the clubhouse and get a great sense of how the neighborhood is laid out. What’s unique is that the subdivision hasn’t been built yet, so our model allows you to visualize the completed housing development while it’s still in reality a flat, muddy field.”

Going forward, AEgis continues to find innovative applications for its M&S and geospatial modeling technologies in many industries. As the company celebrates its 25th Anniversary milestone, Hill says, “We intend to build on our 25 year M&S legacy to further diversify our products and services into architecture and commercial project development; energy, oil and gas; media and entertainment; urban planning; and insurance.”

Description
Providing elements for Real-Time Modeling and Simulation-from specific applications for viewing, inspecting, and training to all 2D and 3D features that meet the needs of simulation requirements