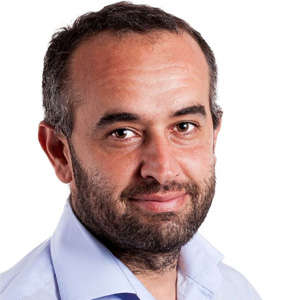 David Vella, CEO
Coupled with ‘do more for less’, the complete strategy today for server configuration is to not only commute speed, but to also gain quick access to data. While coming under increasing pressure to deliver services quicker and more efficiently, the demands on IT infrastructures continues to grow universally in terms of complexity. In addition, simplifying backup processes and adding flexibility in the data stored and retrieved, as well as their backup destinations are more important than ever. “We’ve made big steps in creating a backup platform for Hyper-V and VMware that discards the complexity of backing up Virtual Machines, yet offering systems administrators more power and functionality to get backup and restore jobs reliably and efficiently,” affirms David Vella, CEO, Altaro Software.

The Malta based company is focused on backing up virtual server technology with Altaro VM Backup, enabling administrators to backup and restore Hyper-V and VMware VMs without hassle. The product is developed to serve SMB-level organizations with flexible, reliable and affordable backup software for virtual environments. Altaro developed their backup solution after realizing that backing up and restoring Hyper-V VMs and clusters were a needlessly complicated process without the use of a third party tool. Existing products were overpriced, complicated to configure and use which took ages to complete a job. “We want to simplify while building in powerful and flexible features, and the result is Altaro VM Backup,” stresses Vella. The company provides data security for virtual environments, specifically for virtual environments running on Microsoft Hyper-V and VMware ESXi/vSphere/ vCenter. Altaro VM Backup has the ability to majorly simplify all that it takes to take reliable backups and recover quickly and granularly when needed.

Exemplifying a certain case of an engineering solution provider based in Canada. The company’s old backup solution worked reasonably well for traditional server technology, but showed major shortcomings while trying to back up VMs.

We want to simplify while building in powerful and flexible features, and the result is Altaro VM Backup

Altaro VM Backup solution enabled them to protect all of their data, and flawlessly restored and converted the backup VMs to a different host. Altaro aims to delight its customers with full-featured, affordable backup software backed by an outstanding, personal support team. Hence, it invests heavily to serve its customers and partners quickly, effectively and indiscriminately. “Further, we have released support for the VMWare hypervisor platform, and now support the two major hypervisors. Our increasing focus on engineering will make our products SMB friendly which will gain MSPs to use our products and service their customers,” says Vella.

Apart from continuous development on functionality within the product, Altaro address the practical side of things. The company arms users with tools required for a rock solid backup strategy which allows users to use the software without any manual.

The determinant factors that drive Altaro VM Backup’s successes are its flexibility, and its ability to provide hassle free technical support. Apart from providing fast, personal support, Altaro doesn’t shy away from helping a user resolve an issue that originates within their environment. “No matter how well built a software product is, issues will always crop up, and often it’s a user’s environment rather than the product. The users’ are often bound by their licensing agreement, so their issues are treated with low priority,” says Vella. The company’s philosophy is to make support as an integral part of their product, ensuring that they deliver the value customers paid for. 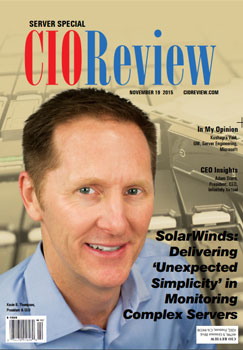