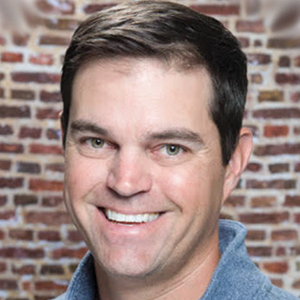 Frank Cort, Founder & President
Back in 2010, Frank Cort— the Founder and President of Apptoto—visited a salon and found it jam-packed with a roomful of people waiting on their turn for a haircut. When he dropped by the salon the next day, Cort was surprised to find that the salon was completely empty. Curious, he spoke with the hair stylist and learned that he had forgotten to manually send reminders to all of his next-day appointments, resulting in a huge increase in ‘no-shows’ that day. Frank knew he could help the hair stylist overcome the ‘no-show’ problem and built a mashup system that sent reminders automatically. The solution, which ultimately became Apptoto, enabled the hairstylist to improve customer satisfaction and revenue, and minimize the human intervention needed to remind the clients about their appointment.

Across the U.S. alone, businesses lose in excess of $60B in revenue as a result of client no-shows. A large portion of this revenue loss can be mitigated through selection of appropriate message reminder technology. “The text message has a much higher open rate compared to email and voice,” said Cort, and therefore he has made text-based communication strategy central to Apptoto.

Apptoto seamlessly integrates with your current appointment calendar, be it Google, Outlook, Exchange, Office 365, Salesforce—or even natively built integrations for numerous vertical market segments. “The users don’t need to adopt a new calendaring system. Apptoto allows them to remain in complete control of their calendars,” says Cort. By capturing appointment details from the calendar, Apptoto automatically sends appointment reminders and confirmations, ensuring that clients show up on time and prepared.

Unlike most scheduling applications available on the market, Apptoto offers 360-degree customization, leaving the user with multiple options to schedule and send personalized reminders, either by voice, SMS text, or email, or a combo all of these. The auto-reply feature further liberates the user from manually replying to communication, and follows up with the clients until they show up. “Continuous follow-up with the client fosters loyalty because they know that the brand cares about them,” remarks Cort.

With their unique appointment reminder functionality and easy integration, Apptoto is helping industries like healthcare, financial services, legal services, salons & spas, tax preparation and more reduce the time spent on administrative tasks so that they can focus on serving their clients. In fact, Apptoto is customized to fully comply with HIPAA regulation making them unique in the space.

Apptoto works with a large eyewear technologies group that offers eye examination services and also sells eyewear products. They found that when a family scheduled a group appointment, they ended up receiving text messages multiple times a day. It not only led to increased communication overhead but created a negative customer experience until Apptoto stepped in. Apptoto cut their no-show rate to half by automating text messages, eliminating duplicate messaging. Another challenge facing the client was that certain customers were failing to schedule future appointments To address that, Apptoto implemented a recall system that allows a brand to follow up with clients and schedule the appointment regularly.

By automating scheduling, messaging and reminders, Apptoto is helping business owners spend more time where it matters—serving their clients.

Description
Founded in 2010, Apptoto has been waging war against no-shows through its appointment scheduling and messaging solution, helping brands across varied industries automate scheduling and subsequent communication. Thousands of businesses in over 90 countries rely on Apptoto on a daily basis to send accurate and timely messages. Apptoto’s vision is to create an easy to use, and affordable, automated appointment messaging system that works with the existing calendar, CRM, and scheduling software in order to help grow the revenue and profits of various entities across industries 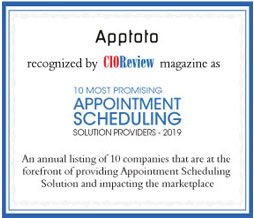 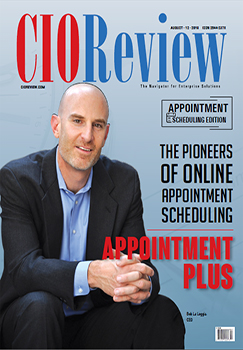