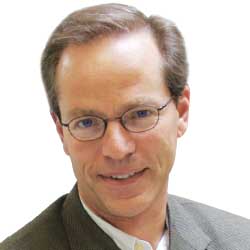 Kevin Surace, CEO
There are unique challenges involved inthe testing of modern apps for scalability and performance. Testingmodern apps, HTML5 and mobile, can be confusing with so many tools that sound similar, and involves trade-offs regarding different techniques and methods to be used. Despite these options, it has been difficult to find a testing platform without its own share of pros and cons.Arguably, there are many tools that should not have had any relevance beyond the nineties, yet there are still customers bound to them. Those tools belonged to the first genre of web testing, built around the era of HTML 1.0, wherein servers were the center of activity, rather than client-sidecode. But by 2012, the need for a beginning-to-end app performance testing solution becameobvious, and there wassubstantialopportunity for a firm todeliver a new, essentially 3rd generation test technology in the mobile and HTML5 app arena.

It was at this time that California based Appvance was founded, and their attempt to leverage thatcustomer need met with unprecedented success. The firm, led by Kevin Surace, CEO, is recognized as the first player to test apps from the cloud whileincluding the user experience (presentation layer) and client-side code simulating thousands to millions of concurrent users. Appvanceoffers its technology as a license (in the public cloud or behind the clients firewall), as well as full-service…where the client does not need or have the resources to do testing themselves. Testing can be from cloud to cloud as well, as enterprises move their internal and external facing apps to cloud services. The companyserves large players like Pepsi, McKesson, 7-11, Bell Aliant, and many others around the world.

The so-called second generation testing tools surfaced about a decade ago. However, these tools were oriented towards load testing servers, anddidn’t pay attention to the fact that native and client-side code was on the way, thanks to Apple and later HTML5.
Through the firm’s strategy, it is impossible to carry out a quality performance test without exercising all of an apps code, client and server. Explains Kevin Surace, “Our Patent pendingux Avatar technology is a breakthrough. Modern apps today are client-side code heavy including Ajax, Javascript, Video elements etc. Appvance is the first to be able to fully engage all elements with advanced record and playback capabilities for functional and performance testing. Create complex tests in minutes with no coding. Create dozens of use cases, place into complex test scenarios, and store as a test ready to run. Re-use them from functional to performance to APM by dragging in database elements where needed, for example for login credentials. And your load tests run in actual browsers. Millions if needed. It’s what QA teams require. And we intend to continue to provide the leading technology in the space.”

Appvance also claims to be able to boost QA productivity over older tools some 5X, integrate fully with agile workflows, and even support popular open scripting languages like JMeter and Selenium.

The agenda for the future mainly revolves around enhancing the capability of mobile testing, specificallywith native Android and iOSapps with load testing, which have been highly challenging to date with what is out there. 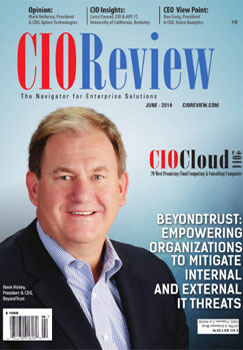