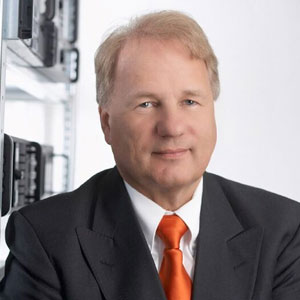 Ingo Hoffmann, MD
A decade ago, video surveillance was limited to just traffic intersections and light poles to monitor activities and provide security. However, in today’s environment, where theft, vandalism, and property regulation are becoming so common, intelligent IP video surveillance has become a near compulsory item for the protection of home, business or any community. “IP video surveillance is the most reliable and standard security system when the right Video Analytics (VCA) is applied to it,” says Ingo Hoffmann, MD, artec technologies AG [A6T. DE: Xetra]. Germany-based artec is using integrated video analysis camera line to provide the most comprehensive surveillance coverage to combat today’s security risks. artec offers multifunctional product and system solutions for simple as well as complex video surveillance and security systems in privacy-protected video security, production control, and quality assurance, perimeter protection or for maximizing industrial safety. “A lot of our recording systems are used by police or customs for training purposes as our systems are capable of ingesting and processing audio, video, and metadata information and detecting recordings,” says Hoffmann.

artec has been contributing in the video surveillance landscape for more than 17 years now. By introducing the first PC-based DVR kits in 2000, hybrid video recorder in 2002, and the MULTIEYE-NET software for support of megapixel cameras in 2003, artec has set the standards of innovation at a very early stage. Independent from the number of channels, MULTIEYE-NET offers numerous features, including live monitoring, playback analysis, recording or remote monitoring. The MULTIEYE HD video surveillance systems are used for a wide range of applications; not only for surveillance of retail shops, city centers, airports but also for video information system for the count and analysis of people, objects, and traffic monitoring.Highlighting on the key strength of the product, Hoffmann says, “MULTIEYE systems are customizable and can be easily updated due to its modular architecture. They offer both added value and a high degree of investment protection.”

Another key product of the firm, XentauriX Internet Protocol Television (IPTV) platform is used for the transmission, recording, and replay of TV, video, and recording broadcasts via network/internet. The distinctive feature of the platform is its combination of live encoding, transmission, recording streams, and their synchronous linkage with the metadata. For instance, one of their clients in America—a large cruise shipping corporation was building a very big simulation training center where the captains, chief officers in cruise were to be trained. The client wanted a video surveillance system to monitor and record the training sessions in HD quality to learn about certain events like blackouts or any other emergency. With the help of XentauriX platform, the client was able to obtain dual benefits of recording the sessions in artec’s video surveillance system and they were able to broadcast the same video in HD quality for further reference.

artec’s product platforms distinguish themselves through their modular hardware and software architectures, and provide their customers with the highest standards of flexibility, expandability, and investment security. Complementing the range of products, the firm’s architecture is built on an open platform, which helps the company to expand their systems anytime and update it with the latest software release within the same hardware. For the future, the company aims at developing products that are capable of extracting the details from terabytes and pentabytes of recordings. “We’ll develop object recognition technology in our product systems, so that finding certain objects and issues within the recordings just via the database will be an easy task,” concludes Hoffmann. 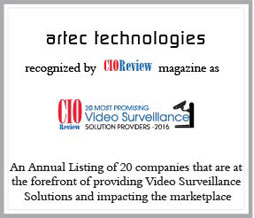