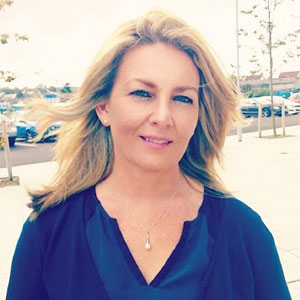 Clare Colhoun, CEO
As operating margins and Return on Average Capital Employed (ROACE) have nosedived for oil and gas operators, the industry is very focused on becoming more efficient at managing its capital projects. Even before the landslide in oil and gas prices, the industry was experiencing significant cost overrun across its portfolio of capital projects. “Contract management indiscipline is undermining the industry’s ability to deliver capital projects successfully. Unforeseen cost overruns and schedule delays are frequently the result of contracting decisions based on hopeful outcomes instead of careful analysis of capabilities, experience, and risks,” explains Clare Colhoun, CEO, AVEVA ProCon. This is where UK headquartered AVEVA Group company, comes into the picture. ProCon’s flagship contract management Software has been supporting the global oil and gas industry since 2000.

ProCon enables stakeholder’s in complex capital projects to minimize overspend, maximize cost recovery, identify and manage contract risk, defend against avoidable claims and reduce scheduling overruns from the initial design phase, throughout the execution phase and into the operational phase of the project. The tool, together with its add-on modules, provides a flexible platform to manage not only the key cost and risk aspects of enterprise framework contract terms and change orders, but also the contractual implications of the complex interface between the contract, engineering, and construction and finance functions in major projects.

The result is a well-structured contracting environment that minimizes the risk of contract cost overruns, increases the recovery of cost from investment partners, and ensures reduced risk of disputing contractor claims. “ProCon is one of the five or so standard collaboration and control platforms typically employed in oil and gas projects—namely ERP, cost control, schedule control, engineering document and communication exchange, and contract execution management,”Clare explains.

Integrating with the ERP Backbone

The oil and gas industry is commonly described as having three elements to its value chain—upstream, midstream, and downstream. While the upstream is focused on oil and gas exploration and production, midstream primarily revolves around transportation. The third element—downstream deals with refining and petrochemicals. “The global upstream oil and gas industry invested over $950 billion in 2014 and while the annual capex invested is declining in response to the falling oil price, this remains an industry where significant capex investment is made via joint ventures—enabling companies to share the risks that are inherent in large projects,” asserts Clare.

Moreover, the engineering and construction phases of these projects are largely managed by Engineer, Procure, and Construct (EPC) companies as opposed to the oil company itself.

We provide KPIs that constantly keep users aware of the health of the project, to be forearmed to make informed decisions

The projects can typically have duration of five to ten years before moving into operations mode. ProCon manages the interaction among all of these stakeholders, enabling the execution of the contracts that underpin the project. The platform supports e-tendering and the entire contractually sensitive correspondence and document exchange during the contract execution phase. ProCon typically integrates with the ERP backbone, cost management, scheduling software solution, and the document management software.

AVEVA ProCon’s platform has been deployed in over 250 projects and has a track record of success in the oil and gas industry by reducing risks, mitigating against disputes, and keeping control of costs for complex projects. Among the many success stories is Shell’s “Prelude” Floating Liquefied Natural Gas (FLNG) project that helps to unlock new energy resources offshore. The Prelude project was the first of its kind and leveraged a global supply chain crossing Europe, Middle East, Malaysia and South Korea. Amongst other factors, the success of the project depended on clear and structured communication and document exchange between the Shell Project Team and its global contractors. In addition to deploying ProCon on its Prelude FLNG project, Shell is deploying ProCon globally across its major projects.

AVEVA ProCon is all about the team. “None of us is as strong as all of us. We adopted this as our team’s motto,” points out Clare. Being active in the product user groups, AVEVA consistently conducts seminars and is keen on addressing the needs of customers. “We then include these requirements in our product roadmap. With several exciting new projects in the pipeline, including ProCon solutions tailored for the EPC market, the infrastructure market, and enhanced ProCon Analytics, AVEVA ProCon is also focused on improved Mobile and enhancements to the ProCon API. “Our roadmap reflects the increasing role of cloud and the need to access ProCon via mobile devices. We are persistently improving our capabilities in that area,” concludes the CEO.

Description
An AVEVA Group company that provides contract risk management software for the oil and gas, mining, and other infrastructure industries. 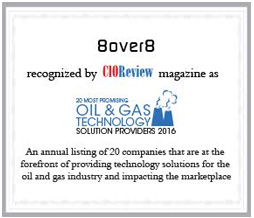 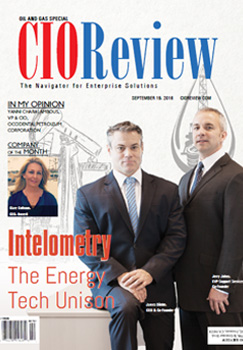