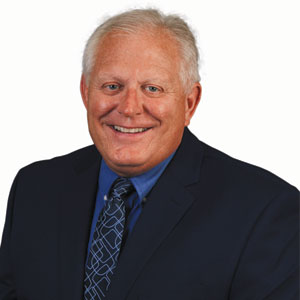 Jim Libersky, President As much as enterprise networks help break the barriers in information and communication exchange, without an inherent mechanism to barricade itself from intrusions, they can place businesses at throat-cut lengths from risking security. Being the bridge between the wire and the virtual, and the gateway between an enterprise and the vast, outer realms of the internet itself, networks demand a multipronged approach to ensuring their integrity and security. Not only do cyberattacks continue to rise at alarming rates, each one tends to be more advanced and sophisticated with time. Moreover, the perpetrators have become more organized in executing cybercrimes than the defenders in their attempt to shield their businesses.

With the spiraling intricacies and sheer volumes of data passing through networks, the traditional and rather static approach to network security fails more often than not. Looping processes involving identifying threats, coming up with patches, and distributing protective, preventive, or remedial knowledge across the cyber protection community can turn out to be inefficient method, given the lightning speeds at which sophisticated cyberattacks take place nowadays.

“Cybersecurity measures that take days or even weeks to implement now demand to be at a second’s notice or less. Cyber criminals are now acting at incredible speeds and anything less will end up in a cyber breach. We, at Barrier1 are tapped into multiple worldwide threat-hunting sources. We keep track of cyber events as they happen. The attributes are then sent to our NOC where it is analyzed again. We then send out preventive and preemptive measures across our client base. All this can be done in less than 10 minutes. This sub second response time is swift action at its best when compared to a manual, human operations that can go on for days,” says Jim Libersky, the president at Barrier1, a company that brings to the market, an intuitive hardware device which is powered by a purpose-built software stack for real-time threat intelligence management.

With the mission to democratize its solution portfolio across all enterprise network environments, Barrier1 has packaged its products strategically in such a way that they match the “networking loads” of the enterprise and specific cyber solutions needed. Barrier1 offers its holistic security solution that comprises the core technology, maintenance, networking monitoring, and support.

At the core of every Barrier1 offering is the company’s patented Automated Threat Management (ATM) and Advanced Analytical Reactive Engine (AARE).

We keep track of cyber events as they happen, bring them in-house, take them up and look at the attributes, and then send out preventive and preemptive measures

This approach can extend security-bound scrutiny across all the seven layers of the open system integration model (OCI). A number of factors set Barrier1’s product apart from the other prevalent network security means. For instance, unlike sandboxing that takes hours to set up on a rather far-off cloud environment, Barrier1 can be installed on the enterprise network easily. Plus, given the way today’s malware products are designed they can lay dormant for extended periods of time. This is known as an APT, advanced persistent threat. This type of intrusions can go undetected by firewalls and unified threat management, static IDS/IDP and other static components. Barrier1’s proprietary technology leverages multitudes of AI and machine learning algorithms to detect even the faintest anomalies that may happen over a network, spontaneously. In other words, Barrier1 has mastered a unique ability to “intercept cyber activity through anticipation” as Libersky terms. Furthermore, in addition to leveraging multi-core processors with lightning-fast clocks, as well as other Barrier1 developed methods, Barrier1’s offerings can optimize networking architecture for faster and efficient resulting in a safer network. The product suite takes a delay of only 12.7 microseconds for network traffic processing, which not only accounts for a fast and safe user experience but also allows additional software components on the same machine at the same speeds.

Libersky gives an interesting analogy to explain the proactive mechanism of Barrier1’s technology stack to protect networks. Barrier1 develops virtual “sensors” that are built upon analyzing the attributes, reverse engineering, and all historical intrusions—that range across APTs, DDoS, zero-day, bots, and even spam to name a few. These sensors, which are placed appropriately across all seven OSI layers, can detect anomalies in sub-second time-frames. “We have nearly 40,000 sensors based on Barrier1 itself, and our advanced log reporting functionalities handle about 900 log formats. In fact, we had an ethical hacker who validated our capacity to affect, analyze, or act in 12-20 microseconds, of him launching cyberattacks from four different locations. Barrier1’s protection was such that he could not monitor the return traffic from any point in the network that he intended to intrude,” prides Libersky. Interestingly, Barrier1 was even able to uncover the WannaCry ransomware amongst other infamous names such as HiddenCobra, EternalBlue (aka HeapSpray), and FlawedAmmyy to name a few.
Barrier1 can even detect subtle underlying anomalies like the ones which led to the year’s biggest breach on Facebook. They also identify and stop the increasingly prevalent remote desktop protocol (RDP) type of cyberattacks with an RDP sensor that is built within each of their products.

With all the capabilities, Barrier1 can double up as an essential networking component like a router, or even VPNs; the only difference from traditional devices being that Barrier1’s product line houses a robust layer of multi-pronged network security.

Time and again, Barrier1 has been materializing its mission and vision statement, which is to deliver an efficient, accurate, fast, and affordable cybersecurity solution. The company has amassed consecutive awards and recognition from several renowned organizations. Barrier1 was even selected to the cybersecurity SWAT team for the Super Bowl 50.

The success story of their client best exemplifies Barrier1’s capabilities. A large county in the Midwest, despite having installed security solutions from some of the big names in the industry was attacked by a rootkit virus. Upon trying Barrier1’s appliance, the county logged 637,185 priority-one attacks, of which just three could have potentially defeated the existing security technologies they had. In yet another instance, a large school district, with 9,000 students spread across 13 campuses had more than 4,000 Windows and Macintosh computers; owing to this, they had a fragmented security infrastructure in place. After a 60- day complimentary trial with Barrier1, the district was convinced to discontinue their previous security partnerships and began engaging with Barrier1’s technology to protect instant messaging, P2P, and IP video for multiple locations and access points throughout their campus.

Additionally, Barrier1 detected a previously unseen variant of an intrusion from a compromised server at a university. Barrier1 blocked the attack and within microseconds, alerted the administrator and Barrier1’s service team, automatically. Their technicians came up with a definition of the attack within 90 minutes, while the in-house IT security community did not have a signature for almost 20 hours.

Having had an impressive track record in terms of product efficacy and experience in the realm of network security, Barrier1 plans to sharpen the edges of their solution stack, further. Their AI technology is already in its fifth generation, which is far more advanced than any other AI-based security offering in the market. “Since we already have a platform that’s very flexible, sensible, and fast, we can change our sensor or component base anytime without having to reroute or redo installations from scratch. Barrier1 is already in the process of testing the seventh generation of AI capabilities and adding it to our platform. So, we are in a position to take advantage of the system architecture that we started with years ago, allowing us and our clients to maintain the edge in network security,” concludes Libersky.

Description
Barrier1 Systems, Inc. provides robust physical barriers with unique capabilities that meet specific needs and requirements of the Customer. Barrier1 Systems is the manufacturer and owner of its products, including the design, engineering, and testing for the products. With extensive R&D and testing from over 15 years, products have been developed and enhanced. Barrier1 Systems provides a multitude of options regarding electronics, alarms, and controls to meet customer needs. This includes infrared light detectors, vehicle automatic activation tags, wireless remote controllers, various indicator lights on control panels, card readers, radar and wrong-way vehicle detection, camera systems, tamper alarms, and other devices 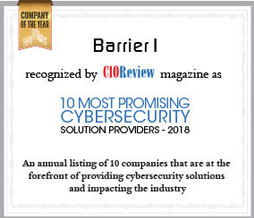 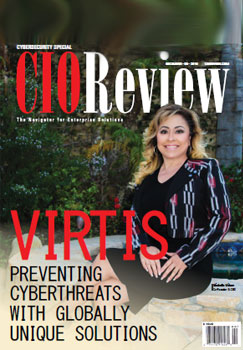