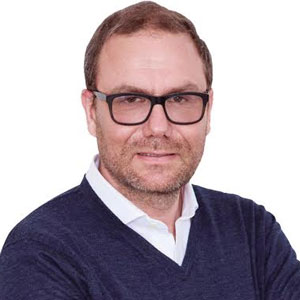 Fabio Ronga, CEO
“I am wonderstruck by this!” exclaimed a CIO in the conference room of his plush New York office, after attending a presentation on a cloud-based compensation management platform. He had witnessed first-hand, the capability of beqom’s flagship product to compute salaries, bonuses, stock options, and special incentives as per different rules, which left him deeply impressed. The CIO shook hands with Fabio Ronga, CEO, beqom, who had just presented several hitherto unknown capabilities of compensation management; the deal was struck and Ronga left to get cracking on his new assignment. Such has been Ronga’s routine ever since the inception of beqom. Having spent much of his career in business intelligence where advanced technologies rule the roost, Ronga sensed a gap in the HR domain that used spreadsheets to compute employee compensation. This sparked the idea to create an AI-powered, cloud-based compensation management platform.

beqom offers a cloud-based Total Compensation platform that addresses all aspects of HR compensation and Sales Performance Management. beqom guarantees that compensation processes are tightly controlled and compliant with external regulations and internal policies. The platform functions as a rules engine that links an individual’s performance to the KPIs set by the management to calculate the final compensation. “It is vital for employees to get a feeling of being justly compensated,” remarks Ronga. beqom offers sufficient transparency and visibility into employee performance and compensation paid, which drives greater performance and satisfaction, thereby boosting the employee retention rate. An enterprise client that leveraged beqom’s compensation solution replaced six of the existing systems with beqom; doing so allowed the client to enjoy more functionality at a lower cost than all the previous systems put together.

Computing compensation primarily involves entering all the information pertaining to each employee—job description, gender, academics, skills, and duration in the company—into the platform along with data on each individual’s performance. Later, information pertaining to the quantum of salary hike approved by the company and various business rules such as incentives for employees are keyed in.

In addition to compensation management, enterprises are using beqom in recruitment to assess candidates’ skills and link those to their performance

The platform computes the total compensation each employee is entitled to based on the ingested data, revealing disparities in pay, if any, between employees.

beqom played a vital role in transforming the compensation process of the telecom giant, Vodafone that has over 100,000 employees operating from 25 countries, with employee compensation in each country being calculated using spreadsheets. The absence of uniformity in the process accentuated the problem further when employees moved between countries, which eventually prompted Vodafone to seek a single, seamless solution. Having won the client’s confidence, beqom integrated its cloud-based platform into Vodafone’s environment. Once the solution went live, HR executives across the globe could use a single system to calculate employee compensation. Employees gained visibility into their performance and the incentives they could earn, which boosted their performance and the retention rate.

beqom’s popularity has increased significantly as of late, “in addition to compensation management, some of our customers are using beqom in recruitment to assess candidates’ skills and link those to their performance,” says Ronga. To encourage more such initiatives, beqom intends to exploit the synergies of machine learning and AI. Having noticed the company’s prowess, Goldman Sachs has chosen to fund beqom’s innovations, which would strengthen ties between the two organizations and accelerate growth. With a presence in 12 countries and plans afoot to expand into Japan and Australia, beqom is poised to reach greater heights. 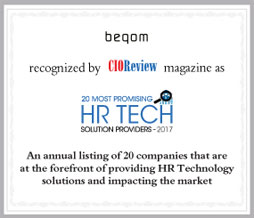 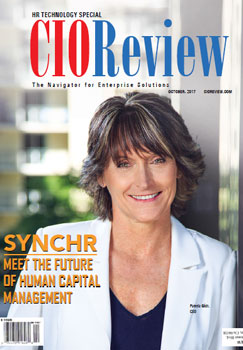