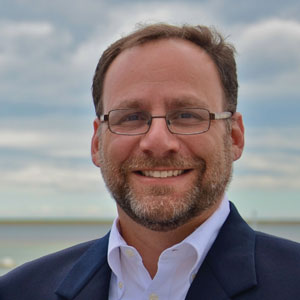 Bill Gellman, Chief Operating Officer
In a world dominated by asymmetric threats, a split second’s delay in command decision can drive the success or failure of a mission. In such a scenario, ensuring that the right person at the right time receives actionable information is essential for mission success. Driven to empower homeland security and public safety teams with enhanced situational awareness, Blueforce Development is setting a new paradigm in real-time awareness through a software platform that facilitates tactical decision support leveraging commercially available computing hardware including Android and iOS mobile devices. “Blueforce offers a full-stack solution for situational awareness that can function independently or interoperate with third-party platforms, while enabling rapid adaptation through integration with an ever-evolving network of mobile devices, sensors and analytics packages,” says Bill Gellman, Chief Operating Officer, Blueforce Development.

The company’s Blueforce Tactical (BTAC) is a patented mobile software application that enables rich information sharing amongst team members. BTAC not only comes with a future-proof plug-in architecture but is extensible and integrates with a multitude of sensors and information services. The multi-sensor fusion capability, enables the autonomous fusion and sharing of data from numerous body-worn or carried sensor types including WMD detection, environmental sensing, and operator biotelemetry. With BTAC, sensors can now autonomously communicate not just geo-location, but also sensor driven, detailed end user status for a complete and shared awareness of each endpoint, freeing the responder from time-consuming verbal interactions with team members and distributed command and control.

With an autonomous services platform called Blueforce EDGE, the company also enables the ingest of data from unattended ground sensors, as well as platform borne (drones) or fixed in place sensors. Additionally, Blueforce Edge can integrate sophisticated 3rd party analytics packages such as facial recognition and threat detection algorithms. For superior synchronized planning and decision support, the company enables a single pane of glass common operating picture which combines this information to provide a consolidated operational view for commanders and operators at the edge.

Blueforce software provides shared situational awareness to both the tactical edge and to commanders, enabling the fusion and sharing of data from disparate sensors and analytics packages to make better tactical decisions faster

“Our technology provides a single pane of glass common operating picture of all deployed assets. For instance, if a sensor is fitted to a drone, feeds are shared instantly with commanders at headquarters, and also to operators at the tactical edge without a user having to switch between applications,” explains Gellman.

At the core, the Blueforce software stack is composed of a proprietary and patented decentralized fusion engine (DFE) and an open architecture sensor messaging fabric (SMF). The DFE interfaces with sensors, services, and external applications using BTAC or Blueforce EDGE as a software IoT gateway to share information. The SMF provides robust messaging capabilities to achieve speed of swarm and agile tactical extensibility. “We are bringing secure IoT capabilities to the tactical edge to enable homeland security and public safety shared situational awareness,” says Gellman.

Going forward, Blueforce Development is excited to leverage the FirstNet network. FirstNet is an independent authority within the U.S. Department of Commerce, authorized to develop and operate the nationwide, broadband network that equips first responders. With the creation of the FirstNet network, the use of smartphones and mobile applications will become prevalent in homeland security and law enforcement. “We are potentially the first software company with a full-stack solution for edge based sensor fusion and situational awareness and in the days to come we see our solutions being adopted broadly throughout homeland security and public safety organizations, for enhanced mission success and life-safety,” ends Gellman. 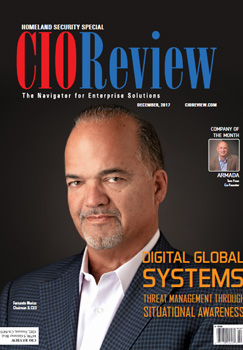