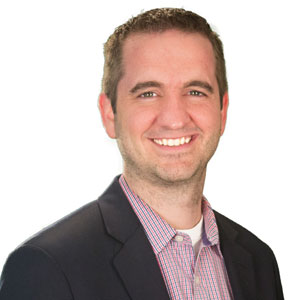 Nathan Taitt, CEO
The Internet is like the universe.

First, it’s expanding. In fact, it’s nearly doubling in size every year. If one would take the amount of data that is online and crammed all of it onto laptops, then there would be a stack of computers that reaches the moon, which is 230,100 miles away.

But that’s just scratching the surface compared to what’s coming. For the first time, in 2016, world Internet use is set to surpass one zettabyte of data in a single year. This is happening because of accessible mobile and social infrastructure, wearable connected technology and the Internet of Things.

As these trends grow, analysts believe that yearly data use will double by 2019. At that time, the digital universe is estimated to reach 44 zettabytes of data. That’s enough to fill six and a half stacks of today’s laptops up to the moon.

But perhaps more astounding than how much data exists–is how little of it is used. 90 percent of all the data online is never seen more than once.

It’s as good as dark matter; these are parts of the Internet that you can’t see and will never know exist.

Because only 10 percent of the Internet is used, it’s very important for all who care about being found online to use best practices in search optimization. This will help ensure that Google brings their website data into the known, 10 percent.

But it takes more than being in the top 10 percent. To really show up consistently, a business needs to be in the top one percent.

To get there, it takes experts in search engine optimization.

These are people like Nathan Taitt, the CEO of Blueprint in Duluth, GA, just outside Atlanta. Taitt has built his own company to help businesses shine online. “We architect fully integrated campaigns that support optimization for Google and strategic placement on social media channels,” says Taitt.

At Blueprint, we understand the critical importance of building the right foundation before beginning a digital marketing blitz

Being integrated means that the agency uses a lot of techniques at once. These are varied and require teams who specialize in SEO, social media, paid Google search advertisements, web development, custom video and professional writing. Taitt brings each group together to boost client companies into the brightest constellations of the Internet.

“At Blueprint, we understand the critical importance of building the right foundation before beginning a digital marketing blitz,” says Taitt.

That’s why the firm uses a consultative strategy in the design of a campaign. For example, Blueprint filmed a chiropractic client’s doctors and nurses dancing to ‘Whip and NaeNae’. The video reached an astonishing 20 million views in a single weekend, resulting in a huge increase in revenue for the client– all through social media.

“We understand how to leverage exceptional content to organically increase domain authority for our clients,” says Taitt.

Organic increase refers to people finding content online naturally, as opposed to because advertisements have pushed the content to the top.

Both methods can work, for the right client.

In one case, Blueprint designed a new strategy to help an Atlanta insurance agency with Google ads. The client had a conversion rate that flew from 16 percent to 86 percent, as well as a significantly reduced cost per customer-from $2,152 to $512.

Nathan Taitt and the Blueprint leadership are dedicated to helping more businesses get found in the expanding digital universe. 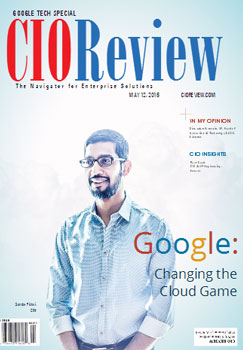