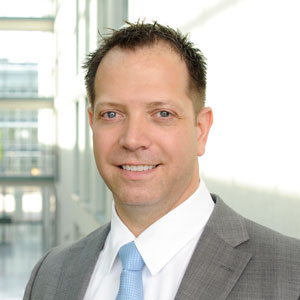 Joerg Schneider-Simon, CTO and Co-Founder
It is not surprising when Joerg Schneider-Simon, CTO and Co-Founder of Bowbridge Software, associates his need to “dream big” with Silicon Valley— home to some of the world’s largest tech corporations. “Even mundane coffee shop conversations in Palo Alto exude an innovation which incidentally transpires into our core competence at Bowbridge Software, in providing SAP security,” says Schneider-Simon. While in the past, companies were running their SAP systems to plan and optimize primarily internal processes; today SAP systems interact with several “external” parties which pose as a major security threat. In addition, the growing requirement for the mobile workforce to access internal SAP applications, for example via SAP FIORI, further increases exposure to external threats. “As organizations realize that SAP systems are the ‘crown jewels’ of their IT environment, we help enterprises protect critical data, applications and systems from hazardous content,” relays Schneider-Simon.

Named after the famous Bow Bridge in Central Park, according to Schneider-Simon, his company encompasses all the attributes that the bridge stands for. “Our products are not heavy solutions, but are light and elegant and at the same time solid and dependable, just like the bridge,” remarks the CTO. “Also, we bridge the gap between SAP and the content-security world.” As a Software Solution Partner with SAP, the Bowbridge Software has mainly two solutions—SAP-certified AntiVirus Bridge and ApplicationSecurity Bridge—both in the SAP content security space.

By deploying the AntiVirus Bridge, users can secure file uploads or downloads in SAP environments from malware and other file-based threats. With this solution, integrating content security into ABAP or Java-based applications is fast and easy and does not require any programming or coding effort. Successfully implemented, for example by a large federal agency, the client was able to protect its procurement system from threats. The challenge in this case was that the customer wanted to enable file attachments for supporting procurement transactions without compromising on security or availability of the SAP application.
With Bowbridge Software’s solution, the agency was able to deliver fast performance systems and also protect their SAP systems from storing infected files.

Released in 2014, ApplicationSecurity Bridge protects SAP applications from malicious data entry through web-exposed or mobile-ready applications. “We are the first vendor to integrate web-application security functionality directly into SAP core components. So the application’s security no longer relies on external protection or shielding technology. It secures ITSELF,” states Schneider-Simon.

Bowbridge Software partners with antivirus vendors such as intel Security (formerly McAfee) and SOPHOS, leveraging their expertise in virus scanning technology. “Apart from just malware, there are several other threats that can harm the SAP application like Cross-Site-Scripting, and chameleon files. Our solutions detect and block these types of file-based content attacks,” informs Schneider-Simon. Just by tackling these threat vectors, Bowbridge Software reduces the attack surface of SAP applications by over 50 percent.

We help customers open their SAP applications to partners, suppliers and their mobile workforce all while keeping their SAP data clean from malware and otherwise hazardous content

Guided by a belief that no idea is “too small” to develop on, Schneider- Simon motivates his team to keep an open mind. Down the line, the company plans on securing other enterprise data repositories along with an expansion of their product portfolio. Bowbridge Software is also in the process of setting up a regional office in Palo Alto, CA in the latter half of 2015. “We’re continuing down that path of bringing protection closer and closer to the data, rather than making it an infrastructure component,” ends Schneider-Simon. 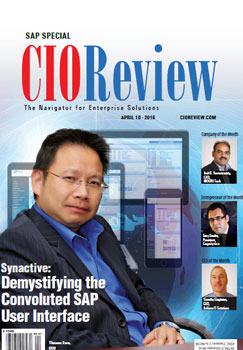