Bowden System: Securing Servers for the Industry that Never Stops 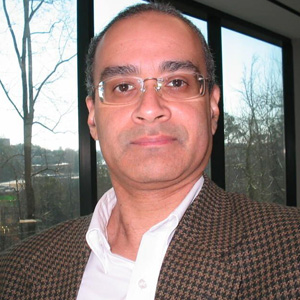 Ron Bowden, CEO In a world that never stops, many enterprises absolutely can’t afford to be unavailable—for any reason. That’s where the unique value of HP NonStop comes in, with fully integrated, fault-tolerant systems delivering the highest availability, massive scalability, and operational efficiency. Through the synergy of HP NonStop and its software solutions, Atlanta based Bowden Systems is playing a big role streamlining the day to day lives of individuals. “Whether someone is boarding on the busy northeast corridor from Washington or making a phone call in London from O2, our software solutions make sure systems run smoothly and efficiently, 24X7,” says Ron Bowden, CEO, Bowden Systems. On further shedding light on the areas where Bowden Systems has created its presence Ron adds, “If you visit Chevron to get gas, purchased food from Safeway, shop at Lenovo in Mexico City, withdraw cash from ATM situated in South Africa or make a trade with Fidelity, you will see our software running as a workhorse.”

Carving a Niche on the Canvas of HP

Bowden Systems develops time syncing and security software for HP NonStop systems on a global scale since 1992. Being in the industry for over two decades, the company has created a name of its own in HP NonStop Guardian and Operations Support Systems (OSS) technology. The HP NonStop environment ensures high availability of systems—a critical requisite for the most demanding and high value continuous business. For instance, at retail point-of-sale, the HP NonStop connects retailers with card issuers to ensure continuous payment transactions. Bowden Systems has carved a niche by working on the HP NonStop servers through their time synchronization and security solutions, which supports various banking, Telco, retail, and Fortune 500 companies. Recalling the partnership with HP, Ron elaborates on their relationship with HP, “Right from the Tandem NonStop product line, to Compaq, HP and now HP Enterprise, we are adding value to customers in the HP space where we understand their requirements and deliver on the promise of giving what they are seeking.”

Unlike the old days where majority of the business transactions used to take place across a confined geographical area, today the reach is global. A client sitting in his office will be conducting business meetings or sending mails to individuals, who are thousands of miles away. Within this paradigm, time synchronization is an essential aspect to keep in mind when it comes to maintaining the efficacy of the networks.

NSK-SNTP’s proprietary algorithm keeps the time synchronized even in a cluster of systems, ensuring minimal time difference between transactions

“Our NSK-SNTP—Special Network Time Protocol Software—sets and maintains the system time-of-day in synchronism with internet or intranet standard time servers with .001 second to .1 second accuracy,” says Ron. This is a client implementation of the Network Time Protocol (NTP) version three, but also retains compatibility with version one and two servers. NSK-SNTP is of immense importance particularly in the payment card industry that stipulates all systems to follow a standard timing as the world time. “NSK-SNTP’s proprietary algorithm keeps the time synchronized even in a cluster of systems, ensuring minimal time difference between transactions,” affirms Ron. “HP Canada and HP England are using our software to support their customers and in this context, HP is our reseller,” he adds.

Bowden Systems has strong roots in the payment card industry. Thanks to its solution NSK Secure Shell Software (NSK-SSH). “From the stringent security perspective, users of telnet, rlogin, ftp, and other such programs do not realize that their password transmitted across the internet is unencrypted,” says Ron. NSK-SSH, the SSH protocol suite of network connectivity tools from encrypts all traffic including passwords to effectively eliminate eavesdropping, connection hijacking, and other network-level attacks. SFTPG (Secure File Transfer) is an ftp-like client that uses ssh 1 or 2 protocol in data connections, to enable secure file transfer. “NSK-SSH, being opensource software, works seamlessly on the NonStop platform and it is tested extensively. Its prowess is in moving files across the network with barely any hint of its operations,” adds Ron. Handing down to NSK-SSH potential, various organizations have invested their trust in Bowden Systems to address their complex issues and demands. Once, a particular client of Bowden utilized the NSK-SSH to move sixteen 80 gigabyte files across their network. Ron reiterates the emphasis placed on rigorous testing procedures and the performance analysis carried before the software is shipped to its customer. Whilst providing clients with the best solution and price for the software, the Bowden’s team assures exemplary services that companies can count on day in and day out. In another event following the September 11, 2001, terrorist attacks in the U.S., the German government mandated improvements to the country’s bank-security systems.
The Cologne–based BV Zahlungssysteme (BVZ) bank, zeroed in on NSK-SSH-Secure Shell Software to protect the data and files exchanged between its HP NonStop S-series server environment and customer-facing, Linux-based hosts. For BVZ, the NSK-SSH solution proved to be a robust and an easy to implement option with zero maintenance whilst providing secure, encrypted transactions.

A Lot to Explore

No one can deny the fact that cloud is the epicenter of the current scenario and trends of the business world. As the disruptive force of cloud has swept every industry from its feet, HP has also shifted its trajectory in the direction of cloud. HP has started to invest heavily in the space of cloud to create a single platform— replacing the need to have cluster of servers—that would be compatible with Windows, NonStop, OpenVMS, and Linux operating systems. “Organizations today have to stay abreast to the new and disruptive technologies as they are making server systems obsolete after every six or seven years,” says Ron. In the light of these unprecedented events, Bowden Systems intends to walk together with HP, following their roadmap and adoption of new technologies. With a lot to come and explore in the coming years, the company would be seen following their motto that has inspired motivation and success in its journey. “At Bowden Systems, we strive to maintain the consistency in our performance and services to our customers,” says Ron. Given to the HP market, which is filled with prominent organizations, this methodology has enabled Bowden Systems to build strong partnerships on the grounds of trust and conviction. “Users of HP technologies are not accustomed to notice even one bug in the software. That’s why we work closely with our customers so that their every demand is met,” adds Ron. Going forward, the competition is only going to surge further.

"Our NSK-SNTP sets and maintains the system time-of-day in synchronism with internet or intranet standard time servers with .001 second to .1 second accuracy"

The company is also planning to extend its services in the IoT domain. Contemplating entry into the IoT arena, innovative solutions are on Bowden’s platter to monitor various parameters, store the data in the cloud for monitoring and tracking. In sync with HP’s initiatives to offer cloud based services, Ron says, “We are en route to offer the same kind of services within the HP NonStop world. Our software is scalable and we have the backing of HP to offer our solutions with the added assurance of our long-term stability.” 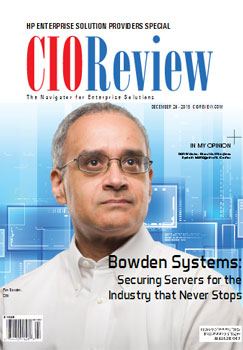