Brandee Daly, President and Founder
“Time is money,” the old adage goes. This truism still applies and the time when a business owner will feel the pain of this the most is when IT systems are not helping users work at top efficiency.

Headquartered in Dallas, TX, DKBInnovative emerges as a silver bullet in managing IT firepower and building comprehensive IT strategy that boosts productivity and accelerates business objectives. “DKB’s core methodology for IT support focuses on measurably reducing interruptions, which are also known as tickets,” explains DKBInnovative CEO Keith Barthold. “Building client strategy—establishing a cost-benefit driven roadmap that addresses both systems alignment needs and the client’s business objectives is paramount. Creating that visibility takes a combination of tools, automation, and process so it is a revolving analysis and not just an annual exercise. The magic happens when we pair it all with ticket trends and BI.” The company identifies and measures risks and opportunities through careful study of their client’s environments.

DKBInnovative has spent thousands of hours understanding where the productivity bottlenecks are, and charting the commonalities across clients. “As a part of onboarding new clients,” says Barthold, “when we deploy a workstation, we have taken tools like Microsoft Deployment Toolkit (MDT) and automated it to a level where a new hire can unbox a laptop and be productive in minutes without IT involvement, even in the most complex environments.” The IT industry has traditionally used SLAs and response times as the gold standard for measuring success. “While that remains important, we believe eliminating 50-75 percent of reactive ticket volume and then automating what remains has a significantly higher impact on overall productivity than just response times alone.”

A recent example of efficiency creation came at the request of global trailblazer Authentix, with corporate headquarters in Texas, the UK, and Africa. They sought enhanced security protocols, new hardware and software, and an improved service management process to align IT systems with business targets.

DKB’s core methodology for IT support focuses on measurably reducing interruptions, which are also known as tickets

DKB ensued by migrating them to Office 365 and putting their service techniques to work. The result: $90,000 annual savings and a support request volume drop by 60 percent within just a few months.

During his years in the IT management business, Keith Barthold has learned that businesses have come to desperately need guidance to get the most agile, efficient and innovative systems available for their particular needs. “We work a lot with healthcare,” says Barthold, “and the headlines in healthcare are HIPAA compliance, security with patient data, and now more prominently—protection from Ransomware. Ransomware is a $1 billion industry that has impacted over 75 percent of hospitals in the U.S. Add in lower payor reimbursements and increased documentation demands and it means that many physicians are spending more time on IT than on patient care. Becoming a virtual CIO for a practice or a medical facility, means we have to deliver reliable, increasingly mobile systems and we have to remove complexities for the users.”

DKBInnovative will be doing a full launch later this year of their Gemini platform, a self-healing toolset that combines snapshot imaging and scripting that will quickly roll back desktop applications and OS corruption issues. If, for example, there is an error in Outlook, the old remedy was invasive troubleshooting that might include re-installing Office and rebuilding the Outlook profile. With DKB Gemini, a couple of clicks and within seconds the applications are rolled back without impacting data and the user is able to work again. According to Barthold, “At the end of the day, the power of automation and applying an awesome IT strategy for clients open the door for greater gains.”

Description
Provider of the best and brightest consultants, who have the specialized knowledge and ability to execute for businesses and deliver "CLOUD READY" solutions 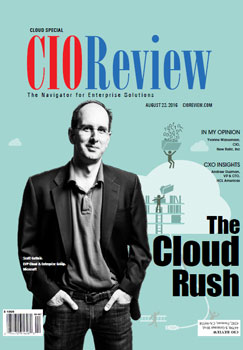