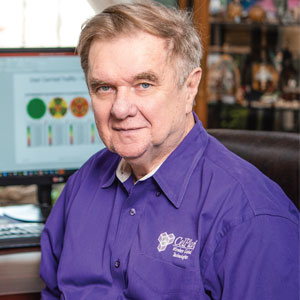 Leonhard Korowajczuk, Founder, CEO & CTO On a lazy Sunday morning, I was whiling away the time by watching, on my tablet, a thrilling sci-fi short-film on YouTube. Just as it was about to reach the climax, the dreaded “buffering ring” started spinning at the center of the screen, and all the pent-up excitement that I held on till then, eroded quickly. Being one among the global consumers of online entertainment outlets such as YouTube and Netflix, I rarely get to enjoy an uninterrupted session, even with modern 4G networks.

Talking to Leonhard Korowajczuk, founder, CEO, and CTO of CelPlan Technologies, I came to perceive the root causes of this shortcoming that prevails in today’s wirelessly connected world, which oftentimes, is beyond network operators’ capability to rectify. Lack of result-driven and up-to-the-minute network optimization tools leads to this inept condition that displeases billions of users worldwide.

Today, many network carriers fail to comply with the International Telecommunication Union’s (ITU) specifics on network data speed. Operators that use 4G and 5G technologies are progressively marketing their offerings with fantastic speeds. As a result, from the consumer’s standpoint, 4G has become more of a marketing term than a technical specification. Operators, on the other hand, do not understand its customer dissatisfaction, as all network performance indicators show that all offered traffic is being processed.

Being one of the leading solution providers in the wireless industry since 1992, Virginia-based CelPlan Technologies has observed that network operators are unable to maintain coherence in networks as they use legacy network optimization techniques, such as drive test, to assess network performance. These techniques are useful for 2G and 3G networks, where circuit switching is predominant, but are not effective for self-adapting/self-healing 4G and 5G networks. This impedes operators from tracking the origin and reason behind lack of bandwidth, despite investments on resources to establish and expand their 4G and 5G performance.

Aiming to position itself as an innovative leader in providing consumer-centric engineering solutions to mitigate these industry-specific shortcomings, CelPlan designs, optimizes, and expands large and small networks throughout the world. “Our broad and inclusive focus with our sophisticated portfolio of radio frequency engineering capabilities and tools enables us to resolve efficiently the most intractable problems in the space,” says Korowajczuk.

With more than 30 years of industry expertise, CelPlan successfully identifies the factors that hinder the consistency of network connectivity. By being a part of several 4G-related projects including RF planning and optimization, RFP creation and response assessments, network modeling, deployments and audits, and migration planning, the firm has gained a technical edge in disentangling setbacks pertaining to 4G networks.

Data traffic is self-pacing; i.e., it does auto-throttling. In other words, if the network is slow, users get a slow response from the websites they visit. Networks are not equipped to detect the amount of this self-imposed throttling; but, unfortunately, users are well aware of that as their usage experience (speed) is affected; on the other hand, they tend to be equally unaware of the actual reasons behind the frequent slowdowns and interruptions to their connectivity.

“At high traffic, an ‘avalanche effect’ of resource usage starts, but from the networks’ point of view, it is not possible to identify the issue,” adds Korowajczuk.

Additionally, legacy healing and configuring technologies such as SON (Self- Organizing Network) do not align well with self-adaptive data networks, mainly at high traffic levels.

Over time, network analysis methods have changed from RSSI (received signal strength indicator) to SNIR (signal-to-noise-plus-interference ratio) and OSS (operation support system) data. None of these methods can identify the throttling, further hampering the network operators’ quality assurance. CelPlan identifies that there is a substantial rift between legacy network evaluation tools and users’ perception of the same.

"At high traffic, an ‘avalanche effect’ of resource usage starts, but from the networks’ point of view, it is not possible to identify the issue"

CelPlan thus concluded that traditional methods of analyzing network performance, by analyzing OSS data or predicting/ measuring its interferences, are operator-centric and provide little to no insights into how network infrastructure can be aligned to benefit end users truly.

On top of that, Korowajczuk points out that 60 percent of the sites deployed to increase network capacity, fail to perform their functions to the fullest and in many instances even decrease the capacity. Evidently, these setbacks increase CapEx and OpEx.

“Instituted with a mission to emerge as best-in-class, vendor-neutral, and one-stop shop for all RF planning and optimization needs, we maintain a good relationship with our clients and design state-of-the-art solutions to eliminate the hitches faced by end-users,” says Korowajczuk. With meticulous analysis and years-long research and experiments, the company develops reliable network optimization tools to replace legacy ones that fail to detect the source of issues in 4G networks.

The company’s innovations lab is in the final stages of rolling out a novel product offering, the CellPhone™ mobile app that is capable of measuring user experience from within the 4G network itself. The tool periodically tests throughput requirements of different applications, geographically mapping the results using customer satisfaction metrics. It checks the quality of the connection in question and sends the information along with users’ geographic coordinates and vertical height from the ground to a centralized database. This allows CelPlan to create real maps indicating Customer Satisfaction, which can be used in network design, planning, and optimization. With this data, CelPlan identifies the source, as well as the reason, for issues faced by end-users; information that operators, until now, could not detect. 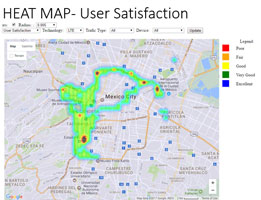 On another front, by continuing to assist operators in network design, planning, and optimization, CelPlan developed CellExperience™—a tool with the capability to identify ideal locations for new sites to improve network capacity.
By analyzing the network, the solution can identify an increase in data traffic and detect the possible avalanche trigger points which are, in turn, the right places for new site deployments. This proven and result-driven tool helps CelPlan to successfully enable operators to achieve the maximum benefits from new sites and eliminate unscientific deployments, i.e., put a site where capacity has been compromised. Additionally, the company can compare CellExperience™’s predictions to CellPhone™’s measurements to enhance network optimization. After several successful tests for various use-cases and scenarios, CelPlan’s innovative tool combo is ready to hit the market.

The company’s technology stack, with its potential to revolutionize the wireless landscape, proves to be a valuable offering—with a built-in feature to map data traffic to customer satisfaction—to design, optimize, and expand 4G as well as 5G networks, while significantly reducing both CapEx and OpEx.

Carving a Niche in the Utility Space

With the dedication to widening its client base, CelPlan designs exceptional and novel wireless network planning solutions and engineering services for carriers, O&Ms, and several vertical industries. The company leverages its expertise in designing wireless networks with specific latency and reliability requirements to enable wireless systems deployment in critical infrastructure environments. Furthermore, in the light of his vast experience in the wireless connectivity space, Korowajczuk realizes that the electrical utility industry requires an innovative, agile, and secure telecommunication framework. CelPlan works hand-in-hand with enterprises in the industry in understanding their key requirements to design long-term telecommunication plans. Identifying the necessity for enterprises in the utility space to have their own wireless networks due to the critical nature of this space, the firm works with them to establish their own networks and automate their protocols.

“We are working with equipment vendors as well as network operators. But we are still facing difficulties in making them understand what is happening with their networks because they continue to rely on traditional methods,” says Korowajczuk. CelPlan explains to its clients about how self-throttling and self-healing hinder networks’ coherence, and enables them to overrun the setbacks that impede Customer Satisfaction. Additionally, the company invests an enormous amount of effort and time in helping enterprises with traditional optimization methods to redefine their approach.

Gaining on a Promising Roadmap

With such results-driven tech-stack, the company garners appreciation from several network operators across the globe. A successful engagement with a telecom company in South America exemplifies CelPlan’s expertise. The client, who used traditional methods such as drive test data collection, approached the firm to optimize and expand their networks according to evolving market needs. CelPlan accurately predicted that only one among six of their new intended sites would work to its full potential. The company’s expert team, using the CellExperience™ tool, analyzed their network and proposed locations for the deployment of new sites for properly increasing the network capacity in the area. 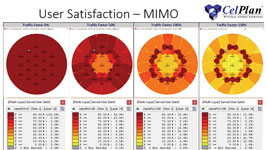 Longstanding experience coupled with a dedicated workforce helped CelPlan to position itself among the key players in the wireless space. With offices in the U.S., Brazil, Chile, and Peru, CelPlan is planning to extend its customer base further internationally to capture more of the global markets. The firm is establishing its footprints in the IT and cybersecurity arena especially considering the need for security frameworks when engaging with utility enterprises. “With our novel solutions and service portfolio we enable mobile network operators, equipment vendors, and partners to enhance their performance, reduce operational costs, and retain their customers by providing innovative optimization software solutions and value-added consultancy and engineering services,” concludes Korowajczuk. 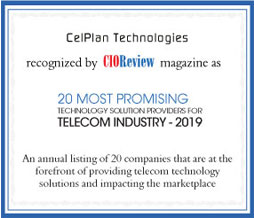 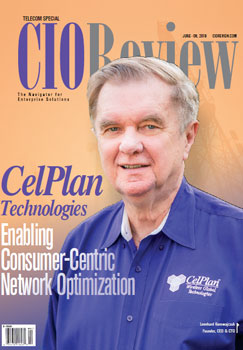