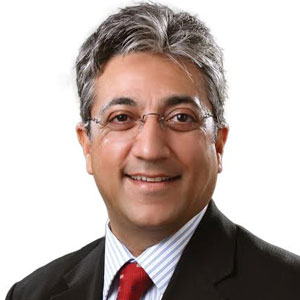 Sumant Mehta,Co-Founder
With an aim to revolutionize the software testing arena, CloudQA, based in South Florida, provides a cloud-based, codeless testing platform that offers maximum coverage of test environments with minimal effort to produce efficient quality assurance of software. Most other testing tools rely on time consuming scripting/programming to setup test automation. “Since we support many different web technologies that modern apps use, we are able to maximize application coverage with minimum effort via our codeless testing,” states Sumant Mehta, Co-Founder of CloudQA.

As a one-stop solution in the software testing landscape, CloudQA was created to overcome the challenges faced in the automation field and SaaS product development. When software moves to an agile environment, companies want to launch greater numbers of small releases in shorter intervals. This creates a challenge for quality assurance to keep pace with the software releases. While developers may be able to release software versions once every few days, regression testing typically takes longer and becomes a bottleneck. Traditional quality assurance does use automation tools, but they can be expensive and complex to set up, requiring a great deal of infrastructure, experience, and maintenance. “We created a tool that addresses the pain points of small and medium SaaS vendors. We recognized the need for something simple, affordable, scalable, and timely that did not require extensive resources,” explains Mehta.

The CloudQA system is cloud-based and is meant for web applications accessed by a browser. It does not need any on-premise infrastructure investment. Users simply record a test once and then run it unattended from a cloud, against multiple browsers. Using their unique parallelization algorithms, it is possible to run 1000s of test cases in a short time.

The managed testing services offered by CloudQA target small- to mid-sized companies with no prior testing experience and those that do not have the time or resources to perform their own tests.

CloudQA can quickly and easily set up the entire testing process based on best practices in test automation. They create meaningful automated test scenarios, and if a client chooses, they can transfer the technology so the process can be managed internally.

One of CloudQA’s success stories involves a large online insurance company in India that operates in an extremely competitive online insurance space. With hundreds of thousands of daily users, they needed to ensure that users had an optimum experience on their website. To do this, they were constantly updating and enhancing their features and product offerings. The problem was that their quality assurance could not keep pace with the new releases. CloudQA provided them a platform that could run all regression tests automatically, unattended, through the cloud, reducing the time for release cycles so they could continually ensure a satisfactory user experience.

CloudQA has an aggressive roadmap for the future, targeting business applications with complex workflows. They are currently working to finalize their mobile testing platform for native mobile applications. Their goal is to bring the same concepts that they have perfected in the web environment to the mobile space. 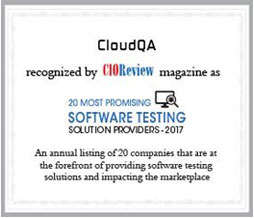 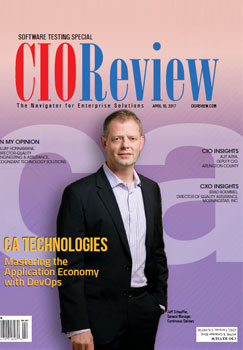