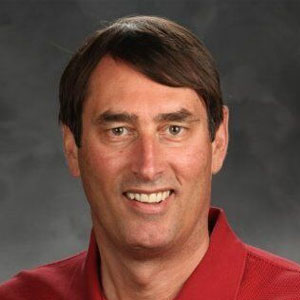 Bob Wiederhold, CEO
The increasing demand for superior database technologies is driving organizations toward adapting NoSQL databases to meet the growing need for both quick storage and access to very large volumes of data across multiple servers. Enterprises are now relying on NoSQL technology to scale concurrent data, gain access to millions of connected devices and systems, and meet the performance requirements of the infrastructure and operations.By implementing NoSQL, companies are able to provide scalable and superior performance and address the issues that the relational model is incapable of dealing with. “NoSQL provides flexible, schemaless data model that better maps to an application’s data organization and simplifies the interaction between the application and the database, resulting in less code to write, debug, and maintain,” says Bob Wiederhold, CEO, Couchbase.

Further, the company offers Couchbase Server 4.0 BETA, an open source NoSQL database that offers early access to latest releases that can be used for testing and planning future system upgrades.With the 4.0 BETA’s new feature N1Q1, users can develop scalable applications that work with next generation database systems and significantly enhance security and make accessing documents faster.
“We facilitate secure deployments by providing security controls to access the entire stack, from physical protection of the network infrastructure to Couchbase Server and the deployed applications,” says Wiederhold.

The company’s Couchbase Mobile delivers the full power and flexibility of NoSQL to mobile devices. It is engineered to implement fast and consistent access to data, with or without a network connection, and removes the network dependency that the service-based approaches require. The product synchronizes data between the mobile device and the cloud. “Couchbase Mobile products give the developer community a platform to code robust and responsive applications in a fraction of the time,” says Wiederhold.

We accelerate web, mobile, and IoT applications with the NoSQL database

With NoSQL, Couchbase has been able to deliver better performance, scalability, and flexibility. Customers are able to get access to database through ecommerce sites, social sites, and network platform. The company further plans to meet the performance and scalability requirements of enterprise web, mobile, and IoT applications with NoSQL database.