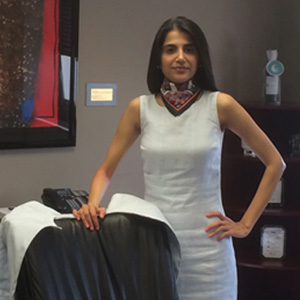 The Crowdfunding industry has grown from $16 billion in 2014 to an estimated $34 billion in 2015. However, many still wonder, what is Crowdfunding? Crowdfunding is the practice of funding a project by raising contributions from a large number of people, typically via the Internet. The market is flooded with various types of Crowdfunding options like donation, reward, lending, equity, royalty, and even hybrid versions.

The two most popular types of Crowdfunding methods are Reward and Equity. For Rewards based Crowdfunding, entrepreneurs pre-sell a product or service to launch a business, and some times even in return for gifts or thank you notes. For example, Pebble Technology Corporation used Kickstarter to raise $10.3 million in order to develop the Pebble smart watch and pre-sold it to contributors.

For Equity Crowdfunding, the backer receives share of a company, usually in exchange of the money pledged. For example, Neil Young used Crowdfunder to raise over $6 million in order to continue development on PonoMusic. In case of NIN. VC, it would be limited partner interest in the NIN Ventures Technology (QP) Fund.

NIN Ventures (or NIN.VC) is a first of its kind technology venture capital fund to be raised via World Wide Web under the JOBS Act Rule 506(c) of Regulation D of the Securities Act of 1933. We are a unique web-based opportunity for Accredited Investors to invest in a venture capital fund with a minimum investment of $100,000.

The recent turmoil in the market lead to a change in the way business was done across all industries and many start ups sprung to life. On the other hand venture funds that would invest in these starts up were on a decline. The traditional sources of funding for a venture fund i.e. pension funds, endowments funds, institutions, etc. were drying up and that’s where the JOBS Act or crowdfunding stepped in. As a fund we have now opened ourselves to other accredited investors who can invest in our fund using multiple investment options like 401k, Defined benefit plan, digital currencies, or a regular checking/saving account. An accredited investor could be anyone that makes more than $200,000/ per year.

Another important factor that we bring to the table is transparency to the venture capital business. The general solicitation rule lets us use videos, billboards, social media, and other target based Internet marketing. This helps us reach a mass audience and adds an added level of comfort to our investor base as they are in the know how of what’s happening at the fund on an on going basis by visiting our Facebook or Twitter versus waiting for a quarterly or annual report. On our end it gives us immediate feedback on everything we do. For example, a choice of sector/industry we chose to promote or invest in.

We invest in Series A and B rounds of disruptive or path breaking technology companies. Disruptive technology is an innovation that changes a way an industry functions, just like how we are changing the way the venture capital industry operates. NIN Ventures will invest in Series A and B rounds for financial services technology, education software, internet and digital media, mobile communication, cloud computing, 3D printing, and other path-breaking technology companies in the United States. The fund will generally write a check anywhere from $1,000,000 - $5,000,000 in early/growth stage companies as a part of a syndicate or as a lead in the case of smaller deals.

Disruptive technology is an innovation that changes a way an industry functions, just like how we are changing the way the venture capital industry operates

Just like how Crowdfunding is disrupting the investment world, we invest in companies that are disrupting their industry. For example, 3D Printing or Personalized Medicine is one of the sectors we are currently focused on. 3D Printing has been used for rapid prototyping and is being applied in a number of indus­tries today, including manufacturing, automotive, consumer, aer­ospace, defense, and especially healthcare. As the accuracy and materials market have improved, the medical space shows great potential for this technology. The five biggest sectors in the medi­cal space are bracing, hip and knee replacements, hearing aids, dental and tissue engineering. Tissue engineering is currently the most under rated. There are about 123,851 people currently on or­gan recipient list in United Staes, that list grows on an average of 12 percent annually. On the other hand organ donor list increases about 1-2 percent and 21 people die every day because they can­not find an organ. What if 3D Printing can help print tissues and save some of those lives?

The Sustainable Side Of The Internet Of Things

The Evolution Of Commercial Office Developments Through Digital Twin