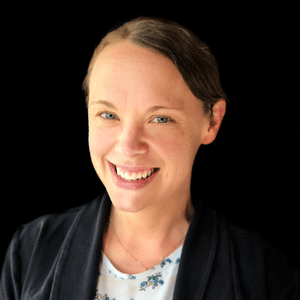 For my whole career, I’ve been intrigued by this concept of defense acquisitions. I mentioned this to a new friend of mine, a research scientist at the Koch Institute for Brain Research. She said that was the nerdiest thing she had ever heard.

But here’s the thing: after even just one tour in a combat zone - my first was Afghanistan - you learn the criticality of having the technology you need right when you need it. Warfighters juggle a lot of priorities, many of which could increase the chance of casualties. When there’s a technical solution that makes managing those life-saving responsibilities easier, warfighters deserve it fast and right.

But our US-based defense acquisitions process is shrouded in the legacy priority of fraud prevention. Between the Department of Defense (DoD) Instruction 5000.02, the Defense Acquisitions Regulation System (DFARS) and the case law accompanying seventy years of competitive contracting, the entire national security innovation base has a tough nut to crack when stakeholder goals are foundationally to help warfighters survive.

At the MIT Innovation Initiative, we develop the theory and practice of mission-driven innovation. The Department of Defense is perfectly aligned in this way – where the right innovation results in peace and security - not a bottom line. Specifically, I study how the Department of Defense innovates to get the right technology to the warfighter at the right time. The last two decades have highlighted this challenge.In the last decade in particular, we see a number of prevailing practices making great strides in this fight.

A favorite example is the Air Force program with Kessel Run. The Air Force teamed up with Kessel Run to provide software at commercial speed. Airmen who code work in the Boston office in civilian clothes in a horizontal organizational structure using modern methodologies like lean product development, user-centered design and extreme programming.

The Air Force has also partnered with accelerator Techstars. Each year, Techstars selects startups focused on dual-use technology focusing on a key area of technical interest for the military. Startups actively participate in the accelerator for four months, where the program culminates in a demo day with a large audience of potential buyers.

I consider the DoD the equivalent of the elephant in John Godfrey Saxe’s poem. Only when we all work together, can we have clear understanding

A few years ago, AFWERX worked with the SBIR Program Office to develop a two-week timeline from pitch to contract. In March Air Force Program Offices heavily put this into action by offering 51 SBIR contracts at the “Air Force Pitch Day” in New York City.

The Army is foundationally changing its organizational structure with the establishment and design of Army Futures Command. Much like AFWERX and Techstars, the organization is committed to opening the aperture of what it considers partners, expanding the national security innovation base beyond large defense contractors to companies that haven’t historically worked with the DoD.

Program Executive Office (PEO) Soldier, the Army’s program office for soldier uniforms and equipment, rolled out the Soldier Enhancement Program (SEP) many years ago. Soldiers can make suggestions directly to the PEO. And they have - over 40% of the PEO Soldier portfolio is from warfighter suggestions via the SEP website.

Across the services, there are a number of programs helping the process of getting warfighters what they need fast. The Defense Digital Service (DDS) arose from the United States Digital Service, the digital savior to healthcare.gov. DDS, still a young organization, applies those software development methodologies to quickly deliver great digital products. Instead of fighting the DFARS (and its mother document, the Federal Acquisition Regulation), leaders at DDS are able to work within simplified acquisitions and OTAs.

The Defense Innovation Unit (DIU), now in its fourth year, calls various innovation hubs home: Silicon Valley, Boston, Austin and DC. It contracts with commercial companies relatively quickly based on a large technical portfolio, as opposed to a very specific technical portfolio that may be solicited by a warfare center or research, development and engineering center.

Under DIU is the National Security Innovation Network (NSIN). NSIN, formerly MD5, works to engage a wider audience into the national security innovation base. It attracts startups, engineers interested in defense technology, students and others to engage on some of the toughest problems in the globe - those of defense and security. NSIN fills a wide gap - connecting the non-defense innovation base with some of the toughest problems, and, vice versa, i.e. connecting the DoD, an organization that has some of the toughest technical challenges, with an untapped population of bright engineers and scientists.

While I consider all of these programs important examples of emerging practices in defense innovation, it doesn’t mean all programs should be looking for such transformative procedural changes. The managers of major defense acquisition programs that represent equipment of the past, present and future have their own important incremental innovation they commit to each and every day. Some programs are too complex to shortchange long-term rigor.

I consider the DoD the equivalent of the elephant in John Godfrey Saxe’s poem. Only when we all work together, can we have clear understanding. 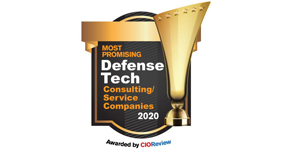