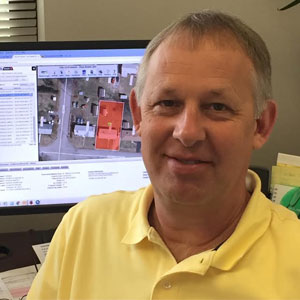 Roanoke is the largest city in Southwest Virginia, with a population of a little less than 100,000. We adopted an enterprise GIS model in 2000, having maintained our parcels in AutoCAD since the early 1990’s. Early on, the primary use of GIS was parcel maintenance and cartography, however, over the past six years we’ve seen a 72 percent reduction in printed and digital maps produced by GIS staff. With the advancements in GIS web services and app creation we have been able to share information, internally and publically, faster and more easily than ever. Now we integrate GIS into other systems in the organization. We are now a vital part of City business across all departments.

The City’s new permitting application, TRAKiT by Superion, replaced a 16 year old system that was becoming too difficult to maintain and wasn’t providing the functionality users expect. TRAKiT is web-based and incorporates GIS data, geoprocessing tools and map services. Permits, inspections, violations and other activities may be assigned to these feature classes; parcels, address points, buildings, street centerlines and stormwater features. It was not initially apparent how critical GIS would be for this project. GIS staff worked with the Planning Department and their software vendor to configure the system and build new business processes. Planning Director, Chris Chittum says of the new system, “We now have a more convenient, quicker and paperless process.”

Many map services are used by TRAKiT during creation of permits and projects. Geospatial queries are scheduled nightly and serve to fill in supporting data when creating activities in the system. Using this information TRAKiT assigns inspectors, determines which types of inspections and reviews are necessary due to location, and populates required fields from GIS data. Efficiency is achieved by eliminating duplication between systems and automating many tasks.

Sometimes a project comes to GIS that requires us to expand more than just our technical knowledge. We were asked by our City Manager to help the Board of Elections create new voter precincts. The goal being to reduce wait times at the polls during heavy turnout by reducing the number of precincts and balancing the number of voters across all precincts. A plan was submitted to merge some precincts together, reducing the number of polling locations and allowing us to distribute limited workers and resources more efficiently. This was the easiest approach, but not the best. It was determined that in order to achieve the goals we set and to meet the legal requirements pertaining to state law we would need to completely realign our precinct boundaries. The last time that had taken place was in the late 1960’s.

We turned to esri’s Districting extension for ArcGIS Desktop to create entirely new precincts. These new precincts are required by law to be compact, contiguous and contain no less than 500 and no more than 5000 active registered voters. We generated several realignment plans over the course of the next few years, and received many concerns from citizens and groups, such as the NAACP and the SCLC. The community was apprehensive about our plans and felt that we needed to address them and better communicate our goals. Several more drafts of the plan were created with input from the community incorporated and, after six years of meetings and public hearings, our Council adopted a plan that had the backing of most of the people who at first felt disenfranchised. 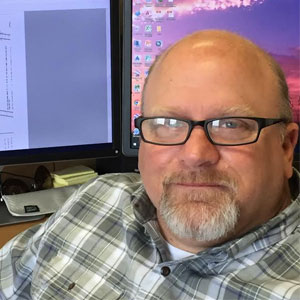 The first major test of the 21 new precincts was 2016, where we had several primaries, a House of Representatives race, Presidential primaries and a general election. Where we had wait times of more than two hours using the old precincts, the new precincts experienced no more than 20 minute wait times even during the general election. Without the use of GIS tools it would have been impossible to involve as many people in the project as we did. We learned a great deal about working with a diverse group of people, from legislative bodies to grassroots activists to concerned citizens to attorneys, to create something that works for everyone.

In 2014, the City established a Stormwater Utility to fulfill regulatory requirements for stormwater runoff and pollution, address identified drainage projects, and maintain infrastructure. A major part of this effort was a partnership with the Virginia Tech Department of Civil and Environmental Engineering to research effective and comprehensive management of urban stormwater runoff. The first phase of this effort was to create Watershed Master Plans for the Roanoke River and each of the City’s 13 tributaries. It is critical to inventory and map the City’s stream and drainage asset network to support this goal.

An initial data collection effort was completed in 2005, but by 2014 was outdated and not adequately detailed. We set out to field verify network location data, add new metadata and capture new assets using our field crews. The solution consists of hosting the GIS data in our enterprise geodatabase and serving it out through editable mapservices. We created a map in ArcGIS Online for use in the esri Collector App and outfitted our field crews with iPads. The VT staff developed the database structure so that field staff would have dropdowns of valid values to eliminate and speed up collection. Our crews have completed data collection and asset inventory for five of the 14 watersheds so far. Dwayne D’Ardenne, Stormwater Utility Manager, believes this tool is, “a critical, efficient and effective means of collecting the City’s stream and stormwater drainage asset inventory.” The team continues to update and improve the data design and application to provide an increasingly easy-to-use mobile solution that maximizes efficiency and takes advantage of emerging GIS technology.

Despite tough budgets we have been able to use GIS to help the organization fulfill its mission at minimal cost. In Roanoke GIS has evolved from cool new technology into a multifaceted and integral part of our IT infrastructure, serving our internal customers and the public. Our goal is to help others do their job better.