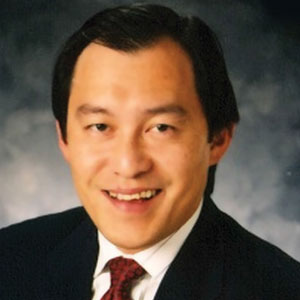 Joseph Schumpeter, a world famous Austrian economist coined the term "creative destruction" to describe the way in which innovation cuts off the means by which things are done and paves way for new companies, and new ways of operating. The buzzword, IoT or the Internet of Things – connecting all devices, sensors, machines and people interactively -- is set to create disruption on a huge scale.

“Real-time sensor data and connectivity of the devices will up their ante for this disruption as both take center stage when it comes to IoT,” says Joseph Wei, President, SJW Consulting, Inc. Spending a large part of his career in a major American company in the Computer Industry, he explicates that IoT will drive Distributive Computing 3.0 which started with 1.0 with the mini-computers, and thereafter PC servers advanced it to 2.0. With all these trends being foreseen, he believes Contextual Computing (where devices automatically collect and analyze sensor data and its surroundings to present relevant, actionable information to the end-user) will become more common in our daily lives as many IoT devices will have built-in intelligence beyond plain sensors.

These sensors play a great role in dealing with AR (Augmented Reality) which can’t be forestalled to influence almost every aspect of our technological life. Although, gaming industry has had experienced AR from its nascent phase, but, now its purpose has transcended to serve as the key tool to build user interfaces fitting the specific interaction requirements of the Internet of Things. “Besides gaming, AR for social networking is one speculation for the rationale with Facebook’s acquisition of Oculus,” exemplifies Wei. From business use cases, Mitsubishi has deployed an AR application for commercial air-conditioner repair using Metaio AR software and Epson Movario smart glasses. With all these instances, it is very apparent that soon IoT amalgamated with AR will be fostering its emergence across every vertical.

Anticipating on verticals, Wei thinks about medical/healthcare, smart city/ home, and intelligent transportation system since the IoT solutions for these segments involve both consumers and commercial companies. He furthers, “Agriculture is a segment that could benefit significantly from IoT solutions by collection of soil conditions with adjustment of irrigation and fertilization through real-time data.”

It is understandable that real-time data, when collected through the sensors must go through analytics to become more usable and precise. This realization brings forth Big Data Analytics into picture. Wei remarks, “While IoT covers both hardware and software related to connected devices, Big Data analytics enhances the value of all the sensor data collected by IoT devices, so, I think it's appropriate for both to be considered as ‘The most hyped technologies’.”

While many aspects of IoT are still in early stage, he ponders, companies deploying IoT projects need to factor in the technology roadmap for their implementation to allow the ease and the flexibility to accommodate future upgrades and updates. His excogitation of driving factors for companies planning to make IoT as a part of their integral part of their offering are learning and re-learning. Wei simplifies, “They need to participate in various open standard organizations as open standards will foster faster expansion of IoT eco-system and will power their journey in time ahead.” Moving ahead, Wei emphasizes on Machine Learning (a form of Artificial Intelligence (AI) for devices to construct algorithms for optimization by learning from the data) and Contextual Computing, as the next Big Things in Internet of Things.

How Path To Production Ensures Safety And Soundness On Our Digital...

Bringing People And Technology Together

Reaping What You Sow From Cloud Computing In Variable Industries