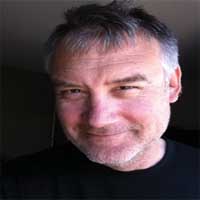 Paul Smith, General Manager
Paul Smith, General Manager, CycloMedia Technology, is an avid hiker, mountain biker and outdoor enthusiast. Smith’s love for nature does not end there, he translates his outdoor fanaticism into the work he does at CycloMedia— spurred by a Delft University of Technology research project over three decades ago in The Netherlands, the company now provides systematic imaging of large-scale environments in the U.S. and Europe.

“CycloMedia is a pioneer in mobile mapping,” states Smith. The company has kept pace with the technological advancements and adapted well to the market shifts, empowering them to leapfrog the competition. They leveraged state-of-the-art technologies and implemented an innovative continuous panorama capture method in 2003, getting rid of the outdated stationary capture method. Today, the company’s imaging systems capture highly accurate, parallax-free detail-rich images, enabling companies to accurately locate and measure features in the imagery.

Fundamentally, the geo-mapping space can be divided into three segments—the big geo-web players like Google and Microsoft who are focussed on providing consumer-centric applications; GIS and asset management-grade firms; and the engineering-grade companies that provide sophisticated mapping technologies for construction purposes. CycloMedia dwells in the middle ground. The company merges engineering-grade precision with a Google-like large area coverage to come up with something that is reasonably priced and meets the market needs by constantly indexing the physical world with accurate street imagery.

Being a geo-content company, CycloMedia builds everything around its street imagery—Cycloramas. The company offers two products—Cycloramas, high-resolution 360 degree panoramic images featuring metric accuracy and geo-referencing; and GlobeSpotter, an interactive web-based application that allows users to view Cycloramas. The company uses the phrase “Precision Panos” to highlight their ability to capture data with high accuracy and allow it to be easily used in GIS applications. CycloMedia’s recent milestone was the launch of its latest version of GlobeSpotter for Esri’s ArcGIS, which saw thousands of users gaining access to high-quality street imagery for the first time.
The company’s strong connection with TU Delft gives them the advantage of working with PhD students and department professors on advanced aspects of geo-mapping such as automated feature extraction. In essence, CycloMedia’s large research effort and their highly precise imagery, coupled with a business model that centers on currency and resolution, gives them a huge leg up over the competition.

CycloMedia’s products are being widely used in government for property assessment, transportation, public works applications, infrastructure management, construction, and also real estate insurance industry. “Creating and updating asset inventories near streets, and evaluating the conditions of structures are common uses,” says Smith. Last year, when Washington DC’s Department of Transportation (DDOT) wanted a comprehensive signs inventory to account and assess all of their signs, they hired CycloMedia to capture street imagery for the District of Columbia. DDOT today, is not only using CycloMedia’s data to build new street sign inventory, they are also leveraging it in construction estimating, facilitating the inspection repair process, streamlining permitting, and updating existing tree databases.

Through GlobeSpotter, we have connected our content to hundreds and thousands of users who never had access to highquality street imagery before

Looking to the future, Smith says, “We are focused on developing 3D models and creating interactive 3D views of entire cities, regions and countries.” The company is working on a next-generation camera system that is many magnitudes higher in resolution than their current offering, and this is expected to change the paradigm with their competition. From a technology perspective, they will be launching a new viewing platform based on HTML5 and WebGL, which will provide a seamless user experience across different devices. Apart from growing their coverage footprint in the U.S. and Europe, CycloMedia is also intent on continuing to expand its partner network globally.