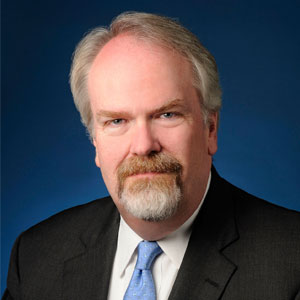 Vern Brownell, CEO
What if there is another world where the classical laws of physics fall apart? Though the statement might sound like a plot device from Philip K. Dick’s science-fiction stories, we have already witnessed such world in its real life embodiment through quantum reality. And although scientists do not yet understand quantum realm in its entirety, the limitations of classical computers for simulating quantum reality gave birth to the idea of quantum computing. A quantum computer uses qubits (also known as “quantum bits”) to operate. While ‘bit’, the smallest unit of traditional information, provides binary solutions (ones and zeros), qubit offers much more. Due to the complex laws of quantum physics, qubits can solve a higher number of operations and perform countless combinations simultaneously. Given its nature, there are multiple fields where the qubits could be useful.

However, considering the techverse is at its early stage of quantum computing, there are still some problems that need to be solved. Many of the codes and algorithms that make up the essence of a traditional computer are not compatible with quantum computers. Thus, it would be necessary to create and set specific quantum algorithms. Enter D-Wave Systems.

“Despite the power of today’s supercomputers, there are many complex computing problems that can’t be addressed by conventional systems,” says Eric Ladizinsky, co-founder and chief scientist at D-Wave Systems. “We believe that quantum computing has the potential to help solve some of the most complex technical, scientific, national defense, and commercial problems that organizations face.” Founded in 1999, D-Wave is the world’s first commercial supplier of quantum computing systems, software, and services. From inception, D-Wave has focused on following the fastest path to practical, real-world applications that deliver customer value. Today, the company offers a full stack of systems, software, developer tools, and services to enable enterprises, governments, laboratories, and academic institutions to access the power of quantum computing.

D-Wave has developed and released four generations of quantum systems and doubled the number of qubits in successive generations. Its current system, the D-Wave 2000Q quantum computer, has 2000 qubits and advanced control features that give users important control over the quantum computation. The quantum computer leverages quantum dynamics to accelerate and enable new methods for solving discrete optimization, sampling, material science, and machine learning problems.

We believe that quantum computing has the potential to help solve some of the most complex technical, scientific, national defense, and commercial problems that organizations face

It uses a process called quantum annealing that harnesses the natural tendency of real-world quantum systems to find low-energy states. If an optimization problem is analogous to a landscape of peaks and valleys, each coordinate represents a possible solution and its elevation represents its energy.

In addition to building the world’s most advanced quantum systems and software, D-Wave provides quantum-inspired machine learning services, application development services, and custom fabrication of superconducting circuits. Besides, in 2018, D-Wave launched its quantum cloud service and Quantum Application Environment (QAE) called Leap. It is the only cloud-based service to provide real-time access to a live quantum computer, as well as open-source development tools, interactive demos, educational resources, and knowledge base articles. The D-Wave 2000Q system is available through sale or lease as a standalone system, or via the QAE Leap.

The company has also developed and released open-source software tools to enable developers to build applications using familiar languages and environments, without having to understand the underlying physics of the quantum system. These tools can be accessed at Github. Some of the world’s most advanced organizations, including Lockheed Martin, Google, NASA Ames, Volkswagen, DENSO, USRA, USC, Los Alamos National Laboratory, and Oak Ridge National Laboratory, are currently using D-Wave’s systems. With 150 early quantum applications in areas as diverse as airline scheduling, election modeling, quantum chemistry simulation, automotive design, preventative healthcare, and logistics, D-Wave is now focusing on improving the capabilities of quantum computing and making it available to every company. 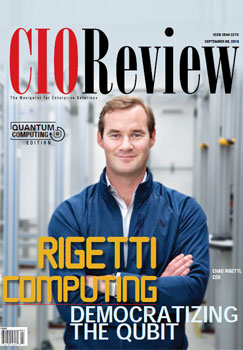