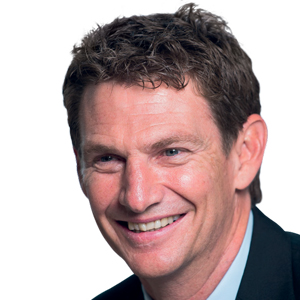 Jason Goodall, Group CEO “The whole is greater than the sum of its parts” is what best describes the long-established partnership between Dimension Data, a company specializing in information technology services, and Cisco, a multinational technology conglomerate.

Their alliance extends far beyond a business partnership, to one where both organizations have been able to collaborate on goodwill Internet of Things (IoT) projects to make the world a better place. Long-time and new clients have stayed on the cutting edge with Dimension Data’s leadership and the rapid pace of launching innovative campaigns in security, cloud, collaboration, Cisco Application Centric Infrastructure (Cisco ACI) and a burgeoning digital practice. Dimension Data has been harnessing the power of technology to help organizations achieve great things for more than 30 years in the digital space. The company is a USD 8 billion global systems integrator and managed services provider that designs, manages, and optimizes today’s evolving technology environments to enable its clients to leverage data in the digital era.

Over the years, Dimension Data has flourished and expanded its “as-a-service” offerings on Cisco infrastructure with the companies joining forces on IoT to deliver solutions for sports and recreation, connected healthcare and connected cities.

In the past five years alone, Dimension Data and Cisco have introduced groundbreaking initiatives, such as helping the World Wildlife Fund create a modern, sustainable workplace of the future called the Living Planet Centre in its London head office. 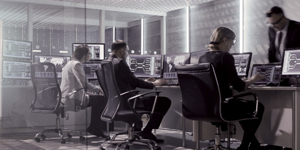 On the IoT front, the partners embarked on the journey of wildlife protection in South Africa, which has a well-known history of rhino poaching, with the statistics that “every eight hours, a rhinoceros is slaughtered in South Africa.” With the poaching crisis at the top of their minds, Dimension Data and Cisco joined hands in 2015 to launch the Connected Conservation project to protect the endangered animals across the globe. The project used high-end technologies and innovative methods to protect rhinos being poached at a private forest reserve near Kruger National Park in South Africa.

In just two years, they reduced poaching in the reserve by 96 percent. The method Dimension Data and Cisco have deployed is very simple – to monitor and control human access to the forest reserve with the help of sophisticated technologies. Connected Conservation proved to be a success not just in the sharp decline in the number of rhinos poached, but also in its innovative approach. It is unlike any other solution ever used: a safe haven where the endangered animals remain undisturbed and free to roam in their natural habitat while technology is used to track the movement of people and potential poachers coming in and out of the reserve. The reserve has four pedestrian gates, three of which are also vehicle gates, on a western boundary that is an electrified fence spanning 72 kilometers. The initiative does not interfere with the animals at all within the interior of the reserve that has absolutely no fencing, allowing them to roam free. The technologies would proactively intervene and thwart people from entering the reserve illegally – whether it’s cutting fences, being dropped onto the ground by helicopters, or simply driving in through the entrance gates.

In phase one of the project, Dimension Data and Cisco closely collaborated in gathering information from the game rangers, security personnel, technology, and control center teams. As the first step, they created a highly secure reserve area network and installed Wi- Fi hotspots around key points. Phase two involved CCTV installation with biometric scanning, point-to-point routing network around the perimeter with thermal cameras at high-intensive zones, vehicle tracking sensors as well as seismic sensors, that all link into a control center for running management software. They have successfully managed to reduce their response times for rangers to get to the animals, from 30 minutes down to seven minutes from anywhere in the 62 000-hectare reserve.

With a combination of Cisco’s digital infrastructure, hybrid cloud, digital workplace, and cybersecurity, the Connected Conservation Pilot overcame many limitations often faced by game reserves in these remote locations. These include manual security processes, very basic access control, a lack of necessary IT infrastructure, limited communications capabilities, harsh environment, and changing weather patterns. Following the successful deployment, the tech giants announced last year their plans of replicating the project in more countries, namely Zambia, Mozambique, and Kenya for protection of the elephant and rhino.

The Answer Lies in Co-Innovation

To give themselves an edge in a highly competitive market, Dimension Data and Cisco announced a co-innovation agreement to drive the creation of differentiated products and services to meet clients’ innovation needs. Together, the long-time partners are linking their ambitions and experience while bringing the right groups together to provide the scale and market-reach to transform ideas into viable, deployable technologies.

When organizations, clients, start-ups, academia, and governments pool their talent and resources, they increase competitive advantage, create commercial opportunities, produce successful products and services, and positively impact society. Such was the mindset and approach of Dimension Data and Cisco when they came together to co-innovate. Building upon a strong foundation and their shared view on what innovation can achieve, the companies developed a roadmap centered on key areas including blockchain, IoT, 5G, and many others.

One of the ways they will begin to cultivate co-innovation is by tapping into Cisco’s 14 co-innovation centers worldwide where both Cisco and Dimension Data had collaborated using Cisco’s Deep Fusion Technology to help address the threats to endangered animals from poachers. Deep Fusion uses artificial intelligence to analyze and manage streams of data in real-time and is useful in a range of scenarios – from helping to create safer, smarter cities to safeguarding environmental and conservation efforts. While Dimension Data installs and configures a range of real-time sensors within key animal conservation areas, Cisco analyses the real-time data such as CCTV camera video feeds, and together they have been able to detect potential threats to the people and animals.

Through collaboration, Dimension Data and Cisco have been able to speed up the innovation process, allowing them to move and act at an unprecedented pace. With the power of their partnership, they are creating better, more client-centric products. As clients are part of the insight and development process, Dimension Data and Cisco need not wait until a new solution launches to know how it will solve their clients’ business problems.

“As we head toward achieving our NTT One’vision, we will enable our clients and partners to accelerate their ambitions through digital transformation by offering a seamless, combined set of expertise, as well as leveraging the significant investments we’re making in innovation,” says Jason Goodall, Group CEO of Dimension Data.

The growth strategy of bringing the NTT and Dimension Data businesses together under one roof centers on “delivering high-value solutions” to customers within the context of digital transformation.

London - Dimension Data, a leading global technology integrator and managed services provider for hybrid IT, has announced the launch of its next-generation global managed services to help clients simplify the management and operation of their technology.

Adapting to the elevated needs of the digital world has left IT teams relying on complex IT estates to meet rapidly shifting consumer demands. These often disparate, multi-vendor setups with public, private, and hybrid cloud aspects all need to be constantly maintained and managed.

This means there is often a reliance on already stretched IT teams with a lack of resources, which is hampering the efforts of many B2B IT support operations attempting to digitally transform.1 It also prompts security concerns, as businesses fear they do not possess the adequate in-house skills/resources to defend against incoming threats.2

Dimension Data’s approach to managed services builds on its proven track record of managing and integrating multi-vendor solutions by bringing together its cross-technology portfolio of managed services, delivered through a single scalable and secure platform.

The benefits of Dimension Data’s managed services offering include:

• Next-generation automation capabilities – Access to comprehensive analytics, service delivery, and process development – along with proactive, near real-time performance visibility and control. The new award-winning Manage Centre portal provides a complete view of an IT estate’s performance.

• Leading-edge agility and scalability – The ability to scale in rapid business growth environments with minimised risk of downtime, while unlocking end-to-end management and visibility across multi-vendor and multi-technology infrastructures.

• Industry-defining client experience – Dedicated client success managers to help adoption and fast response resolution, also providing continuous support for improvement and innovation – as well as the ability to tap into the expertise and capability of industry-leading experts.

Bill Padfield, Group COO of Transformation and Services at Dimension Data, commented: “Our global managed services and delivery platform has re-engineered the end-to-end client journey, radically simplifying IT operations management and eliminating the pressure of day-to-day operations, while also allowing clients to take advantage of Dimension Data’s relationship with other NTT companies and best-of-breed solution providers.”

Description
Dimension Data is a USD 8 billion global systems integrator and managed services provider that designs, manages, and optimizes today’s evolving technology environments to enable its clients to leverage data in a digital age. Dimension Data has flourished and expanded its “as-a-service” offerings on Cisco infrastructure with the companies joining forces on the Internet of Things to deliver solutions for sports and recreation, Connected Healthcare and Connected Cities. Dimension Data has been harnessing the power of technology to help organizations achieve great things for more than 30 years