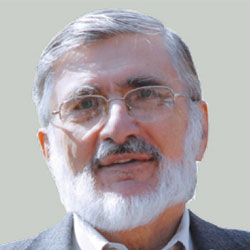 George Lang, CTO
In the economic downturn of 2008, IT departments were forced to adopt a “new normal,” the concept of engaging in complex business operations within crisis-level budget limitations. The trend of mainframe-to-distributed system migrations continued apace while, separately, organizations found their data increasingly targeted by nefarious hackers and data thieves. With more than 35 years in the software development business, Direct Computer Resources, Inc. (DCR) studied the software marketplace and launched new products to address functionality and cost concerns in both areas.

DCR might seem like the least likely organization to develop a product to address legacy and application modernization challenges. In the mid- 1970s, DCR’s Chief Technology Officer, George Lang, designed and developed the first-ever application development testing software for the mainframe, now known as DataVantage for IMS. The software has been deployed in more than 650 of Global 1000 firms and resulted in data management solutions for DB2 and VSAM.

“We were supporting 40 developers at Mobil Oil who were writing off-the-cuff code in machine languages and it was a challenge to create test databases. We created a program (using COBOL copybooks to build a catalog of the IMS databases and segments), enabling queries, conditions and ‘before and after’ comparisons of just-tested data,” said Lang. “It was pretty revolutionary at the time.”

Today, as organizations continue to move data from mainframe to distributed environments, Lang and his team realized that some functionality would be lost after the transition, so they developed DataVantage AdVisEr (Advanced Visualized Editor), enabling users to access, view and edit data post-modernization. It’s an easy-to-use, affordable solution to an often unanticipated challenge. DataVantage AdVisEr operates on Micro Focus platforms, among others.

Meanwhile, data breaches have increased in the midst of a booming era of Big Data and Cloud Computing.
One software analyst firm has projected that worldwide spending on security infrastructure, from software to devices and IT equipment, will reach $86 billion in 2016. But not every security solution needs to be expensive to be effective.

“Sometimes it’s the simplest solutions that get overlooked,” Lang said. “Every security plan includes strengthened firewalls, a review of identity management policies, and tools to detect and handle unwanted intrusions. But the base of any data security plan should include the protection of Personally Identifiable Information via Data Masking.”

The DataVantage product line-up includes masking and obfuscation functions that operate in both mainframe and distributed computing environments. In 2014, DCR launched DataVantage DME (Data Masking Express) which offers mainframe masking with flexible pricing models that start at under $10,000.

“With this level of affordability, we have effectively eliminated the need to use live production data for non-production uses,” Lang added. “At the end of the day, everyone has to look out for one another: with data breaches growing increasingly common, it’s only a matter of time until additional government oversight, and new regulations and compliance standards are proposed and implemented.”

For distributed computing environments, Direct Computer Resources offers DataVantage Global, the only combined Data Masking and enterprise data management tool designated as Qualified Anti-Terrorism Technology (QATT) by the US Department of Homeland Security. Lang noted that DataVantage Global has been awarded patents for its obfuscation methodology in the U.S. and internationally.

Lang believes that DCR’s success has emerged from truly listening to their diverse client base relative to providing value.

“Software should be viewed and treated as an investment and we’ve established pricing paradigms to match this business philosophy.” Lang noted. “We offer personal attention while aligning our customers’ business goals with our product development cycles. 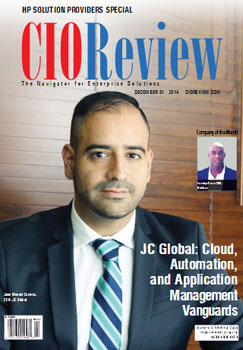