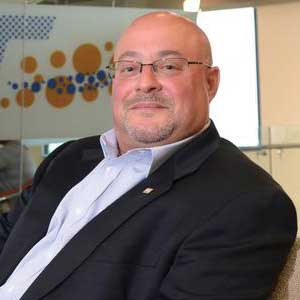 Alan Marc Smith, CEO & President
Theinsurgent idea of Open Source Software (OSS), which gained momentum more than two decades ago, marked the beginning of a new era. Today, OSS is a market that ranks high in the eyes of large corporations who thrive in the very idea of treating users as co-developers, establishing a co-operative approach to software development and maintenance. Nevertheless, organizations seeking to hop onto the OSS bandwagon cannot do it as easily as one expects. The true philosophy behind the open source movement lies in teaching organizations that OSS systems are what you make of them. Such a philosophy forms the ground premise behind the products and services offered by DLT Solutions. DLT specializes in streamlining Red Hat solutions for the public sector, while improving efficiency in the process of meeting their unique IT demands and mitigating vendor lock-in situations. “We are very proud to be named Red Hat’s top Public Sector Partner for the past two years,” says Alan Marc Smith, President and CEO of DLT.

Smith’s statement is substantiated by the fact that DLT got off to a great start to 2017, being awarded a $133 million five-year blanket purchase agreement with the Department of Navy (DON). DON looks to hop on to the speedy bandwagon of OSS technology, optimize their procurement and manage their software using DLT’s Software Program Center, which amalgamates the powers of DLT Customer Portal, a dedicated customer-centric team, and a comprehensive Program Lifecycle Management (PLM) methodology, tweaked to fit in DON’s compliance needs, asset management metrics, and reporting needs. The agreement also brings to the DON several of DLT’s flagship products such as Red Hat Enterprise Linux, Red Hat Enterprise Linux Add-ons, and Red Hat Enterprise Linux management and provisioning tools, like Red Hat Satellite.

DTL’s Red Hat Satellite forms the operations center for the Red Hat systems that their customers use, functioning like the neural hub of these systems.

Red Hat Satellite ensures efficiency, security and compliance adherence; validate that all systems are running at optimized levels of performance. Red Hat Satellite, being a scalable systems management platform can be coupled with Smart Management Add-On—Red Hat Network (RHN), to provide powerful systems administration capabilities, like management, provisioning, and monitoring for large deployments. The coupling forms one of the deployment options for DTL’s Red Hat Enterprise Linux (RHEL) that brings the core competency of an open source operating system into the picture. RHEL brings flexibility, reliability, and seamless transition across a range of hardware, architectures, networks, and hypervisors.

DTL’s suite of solutions for Red Hat systems revolve around the concept of speed and ease of deployment. To realize all virtualization needs of federal agencies, DLT offers the Red Hat Enterprise Virtualization (RHEV), which materializes a point of integration between Linux and Windows workloads in a stable open source environment. In a bid to extend its value proposition, DLT conjoins RHEV with one of the most sought after open hybrid cloud management platforms—Red Hat CloudForms.

Smith says that since they began working with the public sector close to seven years ago, the emphasis has never been stronger to secure the platforms and data running on cloud for federal agencies, and that will be the focus moving forward. The DLT Innovation Center is now expecting a cybersecurity lab, in conjunction with the shift in focus, to provide enhanced and comprehensive cybersecurity measures in the solutions used by federal agencies 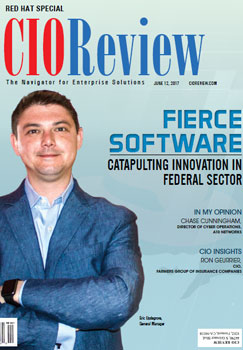