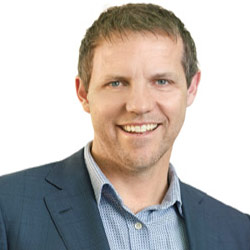 Dave Peters, CEO
The phrase ‘the customer is always right’ is one that resonates in the collective groans of frustrated entrepreneurs everywhere. It’s the most well-known tenant of business, yet few directly invest into the very meaning of the phrase itself. Enter Emagine International: A software provider dedicated to helping telecoms companies amass some of the largest and most loyal customer bases in the business. Through their Big Data analytics platform, Emagine has become a pioneer in realtime contextual marketing software and an essential vendor in the telecoms space. With their consulting, telecoms companies are making millions, and they’re all riding on a daring business model.

Emagine’s CEO David Peters got his start working on the marketing side of mobile telecoms. Originally from Australia, he began his career there until he got a chance to serve as a Customer Marketing Director for the French mobile phone and Internet service provider Bouygues Telecom. There, David tackled an issue that would prove to be a golden opportunity in and of itself–churn rates. Many customers were leaving telecoms companies every year that 30-50 percent per annum churn rates were common, and David couldn’t find any practices or tools that were dedicated to solve this issue. So, with a new vision in mind, David founded Emagine in 1998 as a consultant in the telecoms space.

In a short span of time, David was able to move his company into developing software. He raised venture capital and relied on angel funding to kick start his company en route to success. The first version of Emagine was born, which was a marketing automator and a loyalty platform. This software was aimed to accomplish the very thing David was hired for–minimizing churn and maximizing profits. Churn rates, which David ironically thought would be a problem of the past in a span of three to five years during his tenure at Bouygues Telecom, continued to be one of the biggest challenges in the telecoms industry. This was due to a combination of factors: the explosion of prepaid, increased competition, margin and revenue pressure due to a lack of new customers, and the growth of the industry’s top players.

With Emagine, David set out to lead his market by targeting what had now become the biggest obstacle of the telecoms business–customer interaction. Through wiser customer interaction, businesses could effectively reduce churn, stimulate revenue growth and offer the right products and services for the best possible customer experience. Eliminating this issue became the vision of Emagine, and after years of innovating, they added a Big Data analytics platform that relies on machine-learning to assign hundreds of thousands of different offers to an equal amount of different customers at a time. This software would become the ACM (Adaptive Contextual Marketing) platform: the perfect tool that David had been searching for during his period as a marketing director.

Through integration of the newest technology and Big Data techniques, Emagine bridged the gap between customer needs and telecom services. This is through the use of Big Data analytics as the ACM platform builds the ‘behavioral DNA’ of each customer, and its learning algorithms optimize and automate the assignment of
different offers to different customers. This is done through the consumption of large amounts of data, which is used to build one giant profile of customers. The platform ingests the offers made for these customers as well, including marketing offers, cross-sale offers, and even educational messages such as ‘you’re running out of credit.’

Having an integrated, end-to-end solution that helps telecoms companies understand what their market wants is what makes Emagine unique; however, it isn’t the only thing that nets them customers. Most of Emagine’s clients receive two calls from Big Data companies a week, but they find security in Emagine due to the company’s experience of 15 years in the telecoms business. Additionally, it is well known that Emagine is constantly investing in new Big Data technology and techniques to leapfrog the competition, to the tune of 15 percent of their revenue dedicated to research and development a year. Part of Emagine’s model goes beyond their platform as well. In fact, the company often puts teams on the ground with their clients.

These teams typically consist of marketers, data scientists and technical marketing operations specialists, all of whom essentially become extensions of the client’s marketing team to help execute and upscale their operations. While this deepens the relationship between Emagine and its clientele, nothing speaks volumes more about the company than its daring business model. Emagine is so confident in its product that it puts 35 percent of its prospective revenues at risk. This means the client sets a target for how much money they want to make, and if Emagine succeeds in helping them to reach it, the client pays 35 percent of that revenue back to the company. If they make twice that amount, they pay twice the first amount and so on and so forth.

Emagine offers return on investment through showing direct examples of how the platform works, helping to create marketing campaigns with clients and additionally running the campaign to show various iterations of how the results improve with each instance of the platform’s “machine learning.” Vodacom, the largest mobile operator in South Africa, has a customer base of 25 million. After working with Emagine, they generated incremental revenues of $150 million, which is 5 percent of their prepaid revenue. Both parties were so happy with their business interaction that Emagine now has a dedicated team there, and as Vodacom’s revenue grows the team continues to do so as well.

Peters says, “It’s learning if you do it once, it’s a mistake if you do it twice.” For all of the mistakes he made coming into the business world, his trial and error has paid off. Emagine is now accelerating its growth and expanding, and so far they’ve had six years of controlled profitable growth. Voted a “Cool Vendor” by Gartner, this company is the prime example of a vision that has broken the mold in its industry of choice. Emagine credits its success with its results-driven culture, and results are something you simply can’t argue with. The company believes in a continual focus on client satisfaction, a key to their long term success. 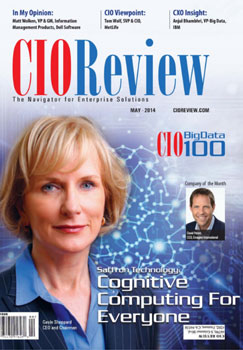