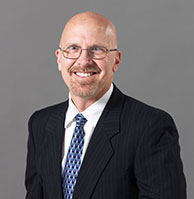 Scot Duncan, CEO Enerliance is the company behind LOBOS, an intelligent optimization system for large buildings that offers improved comfort, energy-efficiency and fully-automated demand response capability. Founded and incorporated in 2005 by two building controls experts—Scot Duncan and Bob Johnson, LOBOS systems have been installed in buildings in Southern California and beyond, delivering proven, verifiable results in every case.

LOBOS by Enerliance is a small box that interacts with a building’s existing management system. It is intelligent HVAC optimization software that helps large buildings use less energy, be more comfortable and automatically participate in demand response. In developing LOBOS, Scot and Bob applied their combined experience in building comfort and central plant performance optimization and put it in an intelligent, adaptable software platform. The first
logic behind LOBOS was being hardcoded into energy management systems back in 1985, and in the years since, that logic has been refined, expanded and implemented into a scalable and flexible system.

Recently, when the Point Loma Naval Base energy team discovered there might be a way to reduce the energy wasted by the cooling systems in their buildings,they jumped at the chance to use the new technology—LOBOS by Enerliance.
With the new system,Point Loma Naval Base had reduced energy and costs considerably, saving approximately 1.25 million kWh and $231,000 annually. Efficiency has also increased; the new system is running around 0.52 kWh perton, making it 75 percent more efficient than the old system.

The demand response component of a LOBOS system is connected directly to the electrical utility, so that when it receives a demand-response signal, it springs into action. And LOBOS doesn’t just shut things off willy-nilly, it uses its intelligence to make sure the building is meeting its demand-response obligations at the same time as it minimizes the change in comfort levels for the people in that building. With LOBOS automated demand response, building owners get the financial rewards they were promised, building occupants can stay more comfortable and utilities get the peak load reductions that they need.

“Apart from developing a second-to-none technology, Enerliance’s contribution towards the society has been much praised about. The energy savings that LOBOS creates are directly linked to significant environmental benefits. For example, a fairly typical LOBOS installation in a
400,000 sq ft office building could reduce that building’s CO2 footprint by over 300 tons annually. That’s equivalent to keeping 110 cars off the road,” says Scot Duncan, CEO, Enerliance.

Another interesting fact is that LOBOS is built on a proven, open platform, making it both dependable and easy to maintain.
As a system that’s built on the industry-standard Niagara AX framework, thousands of qualified energy professionals across the country can install, maintain and operate a LOBOS system.

Enerliance gathers data from buildings before, after and during demand response events as part of the Demand Response Partnership Program (DRPP), in partnership with the U.S. Green Building Council and NV Energy. It deploys LOBOS on the LynxSpring JENE suite of tools thereby providing a reliable, proven platform for its customers and endusers. Enerliance is also a member of the Niagara Community and hence LOBOS uses the NiagraAX software framework to ensure compatibility with a wide variety of devices and sensors found in large buildings today.

In the coming days, Enerliance looks forward to work with more such industry partners to enhance and deploy more service and solutions to the utility sector thereby growing and expanding vigorously into new markets.

The first logic behind LOBOS was being hardcoded into energy management systems back in 1985, and in the years since, that logic has been refined 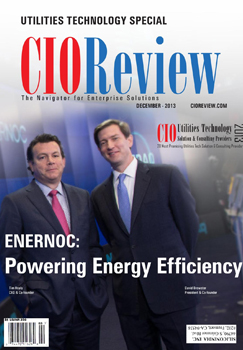