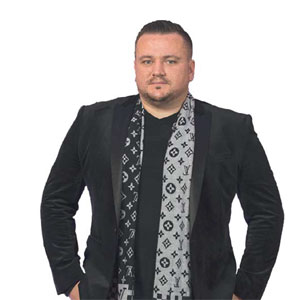 Sergey (CJ) Karman, Founder & CEO
What if a truck driver loses important freight documents while driving to a destination? What would be the possible consequences of such a mishap? He will possibly need to pay a fine to the freight owner and face a chaotic situation when he attempts to make the delivery that he was heading for. However, such a situation can be avoided if a logistic company has an all-in-one freight management platform. Not only will such a platform keep the documents organized but also allow the driver to access easy-to-use maps to navigate locations, trip planners for stress-free trips, and much more. Ezlogz, a Washington-based company, offers such an electronic logging device (ELD) based on blockchain technology. Ezlogz was founded by Sergey (CJ) Karman in an effort to make the life easier for the drivers.

Twelve years ago, when Karman himself was an over the road (OTR) driver, he struggled with the strenuous paperwork that drivers had to deal with and decided to form Ezlogz to streamline the paperwork carried out in the logistics industry. “To have the vision to establish a company is one thing but executing ideas, getting the work done, and hiring the right team, is another,” reckons Karman, the company’s founder and CEO. He learned about the safety measures and compliance ensuring that his business met the safety standards. To create a logistics platform, Karman didn’t have any background in IT; he bought books and started learning different programming languages. That’s when Karman realized the need to employ developers in order to create the Ezlogz application, and subsequently, he conceptualized the company in 2014 by building a team of developers in Ukraine.

The company brings the first tamper-free ELD with secure and immutable data on a decentralized network. Using the blockchain technology, Ezlogz offers transparency to the drivers, allowing them to view their logs and see where the dispatchers can dispatch their trucks using ELD. The Ezlogz ELD is a multilingual platform that supports five different languages, viz. English, Spanish, French, Russian, and Ukrainian to help drivers learn the features quickly. The firm offers various in-app features such as point of interest (POI) maps, trip planner, electronic logbook, document center, calculator, and social platform along with several other capabilities to offer ease of use to the drivers.

In addition, the company’s ELD also has features such as vehicle diagnostic, scorecard for driver behavior, articulation, among others.

The platform’s document center helps drivers to take pictures of their documents and save them in the cloud once they are uploaded on the ELD. The documents can then be viewed by the admin, safety director, or anybody in the back-end office. Using trip planner calculator, drivers can calculate the distance traveled and also find truck stops or rest areas with the help of POI maps. “Trucking industry is huge, but there is no podium that can bring everybody together, enabling them to communicate, meet people, and build their own community and network. That’s why we came up with the logistics social platform,” says Karman.

Currently, Ezlogz has launched a navigation trip planner for iOS devices considering its consumers’ demands. The firm is making efforts to build “one click dispatch” to make people’s life easier from those working on the back-end and front-end to everybody on the road or office. By the end of 2018, Ezlogz will be launching first of its kind navigation facilities for trucks with a specific route. It will also include trip planner that can take drivers’ hours of service (HOS) into consideration and inform them about the time of reaching their destination. Also, Ezlogz plans to introduce features that will record driver’s activities through a dash cam. To get all these functionalities in place, the company is creating a team of developers in the U.S. as well. Instead of employing the technology on top of their platform, Ezlogz wants to leverage blockchain technology as the basis of its platform and be on top of their game, creating a new today and tomorrow. 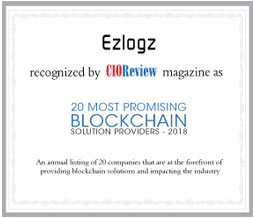 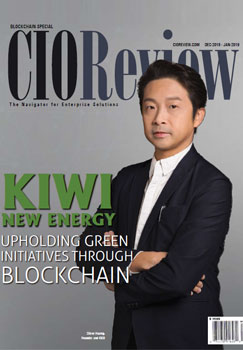