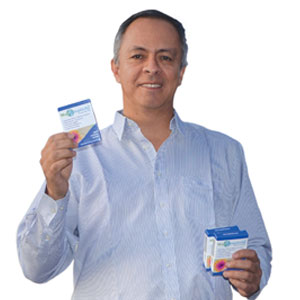 Jair Morales, CEO
Captain and crew gather ominously around a parchment showing them where the ship must sail. ‘X’ marks the spot on the parchment—the hidden treasure that the sailors seek. Similarly, for an automotive company that aims to open new dealership showrooms across a country, the treasure is in knowing the right ‘X’ marks. The map that leads them to those markets—Geobis’ MapSimplicity—can lead them to the most optimal geographic locations that would be viable options to set up their dealerships. Backed by 25 years in developing innovative GeoMarketing decision-making technologies, Geobis delivers a cloud-based platform and maintains worldwide geographic intelligence that fuels their GIS technology.

“We see our customers around the world realize unimaginable possibilities through our geographic intelligence that help their businesses grow rapidly, and at scale,” says Jair Morales, CEO of Geobis. GIS-based market sizing analytics has been one of the most rapidly growing trends in multiple industries. Howbeit, the demand for up-to-date market information and low-latency geographic data has traditionally not been met at the same pace. Strategic business decisions were based on rough maps, market data, and graphs that took months to prepare and become obsolete by the time they were ready to use.

With MapSimplicity, the user enters a set of decision-making variables for a specific business criterion and percentiles associated with each variable. The platform’s algorithms convert the numbers into a ranking understanding, and different tools can then be applied to perform detailed analysis. The company also streams live market data to fortify strategic business decisions in a comprehensive and detailed manner. It empowers its customers to visualize—in a thematic map—their assets, campaigns, customers, competition, and even regional influencers such as population migration. The solution, bolstered by powerful analytics and big data modeling, computes predictions of geography-based business performance, recommends the optimal expansion plans, and facilitates keep-locate-relocate-remodel decision-making.

Over the course of the last seven years, Geobis has been developing over 13 different cloud-based geographic tools—Swiss Cheese market analysis, Isochroning, Geocodes, daytime population database, and so on.

The company has also created worldwide buying power, consumer expenditure, and strata databases that power meticulous detailing in MapSimplicity. Geobis integrates these tools with their customers’ databases before educating and training them on utilizing the tools to gain a deeper understanding of their target market segments.

Apart from delivering geographic intelligence to automotive brands in and around Mexico, Columbia, Brazil, and Chile, Geobis has helped several international banks locate and relocate branches and ATMs across the Americas. The company’s study of the growing Columbian market has also served market sizing analytics needs of several malls in the country. The company also works with the government, defense, retail, insurance, RF planning, and other sectors, helping them identify their proverbial ‘treasure’ locations.

The company now aims to further their distribution network around the globe, whilst forging strategic partnerships to fulfill this aim. The Geobis MapSimplicity 4.0, nicknamed as the ‘Beast’ by its developers, is due to release this year. The new version has earned its sobriquet, with an ability to process millions of records of geographical and consumer-specific information and produce several hundred reports, all in a matter of seconds. The update will also feature two new features—Worldwide Site Evaluation and Expansion Plans, which would add roadmap-diagnostic capabilities to their existing platform. “We are excited about these new developments, but the real value of our technology is the experience of our team,” summarizes Morales, “Together, the technology and the team, helps our customer to truly understand the power of geographical intelligence in the face a competitive market.” 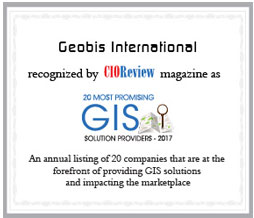 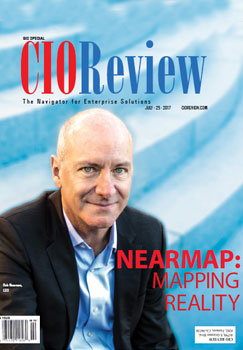