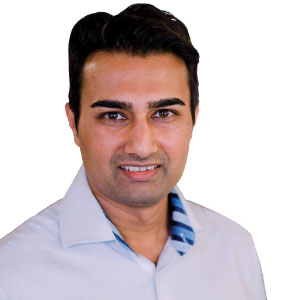 Poornaprajna Udupi, CTO
Capitalism originated as the most beneficial way to promote human wellbeing and to reward entrepreneurs that take significant financial risks to build a company. Over time, however, those rewards have increasingly become concentrated in the hands of a select few, leaving the vast majority of Americans behind – the wealthiest 3 Americans own more wealth than the bottom 163 million Americans. Banking institutions are chasing quarterly profits while making suboptimal choices not in the best interest of their customers and detrimental to humanity and the planet at large. For instance, the average U.S. consumer today spends $360 a year on banking services, receiving a 0.04% APY yield on the average interest-bearing checking account, while banks leverage these deposits to finance projects that make the planet a less habitable place while creating no economic gain for customers. Since 2016, the biggest banks have invested more than $2 trillion in fossil fuel extraction while charging tens of billions in fees to average depositors. Traditional banks have become massive machines to consolidate wealth in the hands of a few while destroying the planet in the name of profit. That is where Good Money comes into the picture, helping customers withdraw their money from this extractive banking system and deposit funds into a new system that is focused on benefiting people and the planet. “For centuries, banks have owned their customers. Now it is time for customers to own banks. At Good Money every customer will be an owner, and 50% of the banking platform’s profits fund social and environmental impact projects” states Poorna Udupi, CTO of Good Money.

Good Money is the first digital banking platform to be owned by its customers, featuring best in class online banking services while directing 50% of the platform’s profits to causes that help people and planet. “We are creating a banking solution to add value to our customers’ lives, rather than treating our customers, as traditional ‘big banks’ often do, as endless revenue streams,” said Mr. Udupi, “We won’t charge account maintenance fees or overdraft charges, and will empower our users through gamified budgeting tools and products to help them get out of debt.”

The CTO says that as Good Money owners spread the word, and more people join and use the platform, the value of company increases and in turn each user’s ownership stake becomes more valuable. “As our value goes up, we have the power to shift the balance of the financial system and use it for good,” notes Udupi. Additional financial perks like no overdraft or ATM fees at 35,000 locations across the U.S. are certain to appeal to 71% of millennials who don't trust Big Banks. “By empowering our users with a broad range of opportunities to earn ownership, we will realign incentives in a unique way that both creates wealth for our users while simultaneously growing our platform,” remarks Udupi.

Behind the revolutionary idea of Good Money are Gunnar Lovelace, Poornaprajna Udupi, Mike Zhang Andrew Masanto, Bear Kittay and Katiyana Kittay. Each have worked at the intersection of business and social change, and driven millions of users to past projects. “We have assembled an incredible team, every member has experience architecting resonant brands that scale extremely quickly while doing good,” notes Udupi. He states that since Good Money’s platform is in the development stage, “we are looking for technologists who are masters in their respective crafts, who want to leverage their expertise to build a transformative product that will leave a lasting legacy for generations to come by safeguarding the beautiful planet we've inherited.”

While Good Money is working on perfecting its platform and rolling it out, for now, anyone can sign up to be on the waitlist to get early access. It will go live in early 2020 with the aim to benefit as many as possible.

Description
Good Money is the world's first digital banking platform where every customer is made an owner to allocate 50% of the profits to social and environmental impact. Founded in 2018, the company provides a good share to its customers. The banking platform of Good Money rules all the following features. No minimum balance, 4% cash yield, 50% of profits power global impact, and all accounts are FDIC insured, no overdraft, free account creation, help you break up with your old bank, no ATM fees (at 35,000 locations), and do Good with every debit card swipe 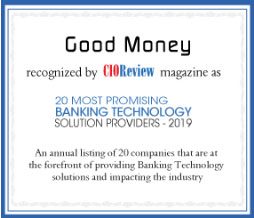 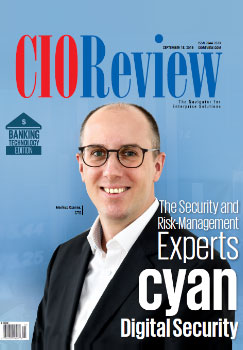