Contrary to the conventional wisdom of looking at Hadoop and SQL databases as disparate and complementary, Justin Borgman, CEO of Hadapt, saw things from a different perspective. "Instead of looking at Hadoop and database systems as complementary, we viewed them as competitive," Borgman said. "We championed the idea of bringing high-performance SQL to Hadoop in order to create a single system that can handle both structured and unstructured data processing."

Hadapt developed the first Big Data analytic platform natively integrating SQL with Apache Hadoop. The unification of these traditionally segregated platforms enables customers to analyze all of their data (structured, semi-structured, and unstructured) in a single platform without any connectors, complexities, or rigid structure. Hadapt views Hadoop as the "operating system for Big Data" and uses Hadoop as the parallelization layer for its query processing, with each node’s structured and unstructured data stored in an RDBMS and in the Hadoop Distributed File System (HDFS), respectively. Hadapt’s unified architecture eliminates data silos; enables richer analytics through the consumption of diverse data types; and reduces the complexities associated with emerging analytic use cases – including graph analysis, clustering, and classification – while dramatically increasing performance and scale.

With its high tech tools, Hadapt has made it easy for organizations to perform powerful investigative analytics. The company’s most recently announced features, Hadapt Flexible Schema and Multi-Structured Tables, have been a hit with both industry analysts and customers alike.

Contrary to looking at Hadoop and SQL databases as complementary, Hadapt saw things from a different perspective

Conceptually, Multi-Structured Tables provide a queryable view of not only traditional structured data, but also non-relational data such as text, document, and key-value pair data in one, unified interface. All data types are now queryable via SQL, without any predefined schema or structure–in essence, "Schemaless SQL" over non-relational data stores. As the unstructured data is ingested into Hadapt, the inherent (and often elusive) structure is identified and dynamically materialized either physically or virtually. This process enables the raw data to "speak for itself" and mitigates the traditional selection bias of ETL and preconceived notions. As unstructured data types such as documents and text become increasingly important in behavioral and predictive analytics, tools and analysts alike require a seamless way to interact with the data.

Flexibility, scalability, and interactive performance have made it appealing to clients from diverse verticals. It helps retailers and e-tailers carry out "customer behavior analytics", whereby they evaluate customer behavior to determine the most important factors in driving customers to a purchase. Hadapt also empowers sophisticated fraud detection models in the financial services sector, as corporations leverage the platform to monitor diverse data types – emails, phone calls, stock trades, etc. – in one place, and pattern-match to easily spot suspicious activity.

Simple multi-structured data analytics will drive a smarter world and improve the bottom line for businesses of all shapes and sizes. Hadapt’s Adaptive Analytical Platform appears poised to lead the way. 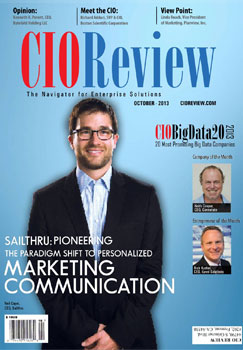