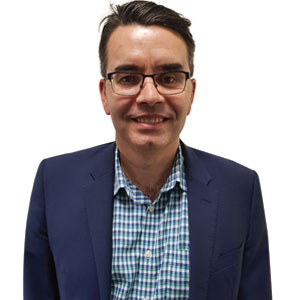 Chris Farquhar, Director & CEO
Today’s surveillance status quo paints a picture of hundreds—or sometimes even thousands—of cameras that need to be monitored 24 X 7 to ensure maximum security. However, in practice, there is a stark imbalance between the video feeds that need to be monitored and the human resources available, making supervision of large-scale video networks difficult. Every image contains millions of pixels that form unique patterns which are complicated for hand-coded algorithms to process and this creates a requirement for powerful technologies to overcome the challenge. Founded in 2010, iCetana is a company that leverages AI, which equips surveillance cameras with digital intelligence to analyze live video without any physical help. The company uses advanced machine learning, computer vision, and anomaly detection and has developed a software that can establish the difference between normal and abnormal activities to reduce the risk of crime and theft.

In a broad sense, video surveillance networks have changed the way they operate particularly with the rising increase in physical security attacks. The integration of control, intrusion detection, and video monitoring in one unified system is a critical requirement of businesses, nowadays. “The need of the hour is a technology that evolves and teaches itself rather than administrators defining a set of rules and updating them every now and then,” says Jim White, the executive general manager of iCetana. “To that end, we’ve created a solution based on cognitive technology that learns every day about what is normal and is always on the lookout for what is abnormal.”

With computer vision and machine learning expertise in its bag, iCetana provides a solution which focuses on the unseen events that require immediate attention. The software develops a learning model by detecting what is normal in a particular environment without the help of additional programming. Its self-learning ability studies regular motion patterns from a video, such as the movement of vehicles and people in no-go zones. 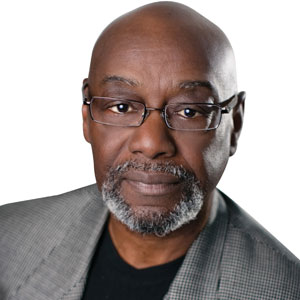 Jim White, Executive General Manager
Unlike traditional solutions that require the operators to know what they’re looking for, iCetana’s software displays only unusual activities on their display, avoiding the complication of browsing through numerous video streams. The swiftness factor of the software allows the operator to take immediate action and deliver results in real time. iCetana’s software is flexible while integrating with current surveillance systems and generates reports to the operators via its LiveWallTM application.

The company understands that although it’s the same core technology that is applied across every customer’s infrastructure, every site has a different learning model. Being a horizontal solution, iCe-tana’s solution can be customized accordingly and is designed to adapt to the nature of the environment, be it smart cities, educational and professional campuses, government operations or public places.

For instance, companies in the education industry require leveraging their security and compliance by closely monitoring their operations. In one such case, a university based in the U.S., with a vast colony of students and various faculties faced issues regarding security on the campus. With iCetana’s modern infrastructure, the campus was able to connect with external facilities such as public transport and foster a secure environment within the site.

Speaking about the future of the company, CEO and Director, Chris Farquhar says, “We are looking at growth in public safety, operational compliance, and production efficiencies and part of the work is not just being able to identify unusual events but also in interpretation and understanding of a scene from a technological standpoint.” Being at the forefront of digitalization, the company wants to advance the growth of video assets and build an environment that is immune to threats.

Description
iCetana helps businesses fortify their security through their AI-Assisted Video Monitoring software, which works on surveillance cameras. Harnessing the power of artificial intelligence, their software learns what is ‘normal’ through past camera footages and then alerts security operators when something abnormal occurs. The enterprise’s software uses a patented machine-learning algorithm. Video monitoring is being increasingly used beyond security. Companies are now leveraging video for health, safety, and operational/production compliance - to identify incidents and highlights variations from normal. iCetana puts organizations in the driving seat to effectively manage and respond to risks beyond security