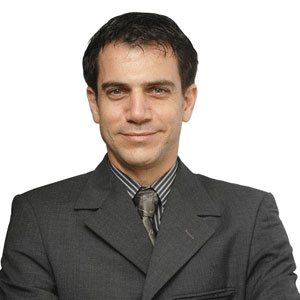 Shai Toren, GM
DevOps is about speed and agility. But as DevOps matures and includes mission-critical applications, it also requires even more tools, such as configuration, monitoring, data protection, logs analytics, new security tools and backup, to make sure apps are secure, in compliance and function as required.

The resulting challenge, according to Shai Toren, GM, Intigua, is that each of these tools requires a rich set of agents to ensure they work as prescribed. “And agents, as DevOps professionals are beginning to find out, are a time-sink to manage, especially once apps have been moved to the run stage, and can dramatically slow both the DevOps process and the applications,” says Toren.

While companies have started using orchestration products to automate much of the DevOps workflow, most solutions don’t address these tools’ unique architectures and lifecycles. Intigua, a software company based in Boston, MA, is the first company to do so. It keeps DevOps streamlined and agile by abstracting the complexities of tools away from the DevOps toolchain, accelerating the whole process.

Intigua Agent Manager’s intuitive user interface enables easy automation without coding. It deploys and configures the backend and agent sides of management tools based on DevOps-defined policies. These policy-based controls ensure correct configuration and apply appropriate tools automatically to each server based on its location and use.“The role-based access controls allow teams to use a centralized console, without needing to log in to endpoints,” says Toren.

We are excited about empowering IT departments to join the DevOps revolution by using our solution to radically simplify, accelerate and automate the lifecycle of their management and security tool agents

“Intigua’s throttling algorithm limits the agent’s CPU and memory utilization when applications are running, but allows agents to run freely when there is no contention,” says Toren. The solution integrates with any environment—on-premises and in cloud—to support DevOps’ distributed set of applications.

Recently, the company launched Intigua Tool Overview, which enables system admins to get an instant report about tool status: where it’s deployed, the state of each agent and actionable data on how to close any gaps.

“We are excited about empowering IT departments to join the DevOps revolution without any re-staffing, by using our solution to radically simplify, accelerate and automate the lifecycle of management and security tool agents,” concludes Toren.

Description
Intigua keeps DevOps streamlined and agile by abstracting the complexities of tool management away from the DevOps toolchain, and accelerating run-time processes.