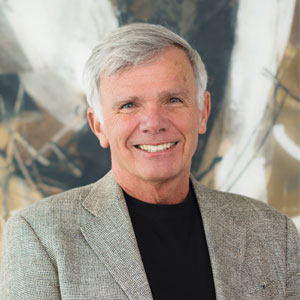 Gary Griffiths, President & CEO
We need to be connected—everywhere and at all times. Net natives are now firmly entrenched in the workplace, where the concept of being offline is as foreign as the slide rule. CIOs, in particular, realize that productivity increases when their employees are connected; they get more done, whether on a six hour flight or at their neighborhood coffee shop. To help organizations improve productivity, iPass [NASDAQ: IPAS] offers a global, secure, cost-effective Wi-Fi solution to keep mobile professionals connected to Wi-Fi wherever they are.

“iPass was founded when the internet was still new and the connection meant plugging into a modem. When traveling, it was difficult and expensive to get online,” recalls Gary Griffiths, President and CEO of iPass. “We provided users with a single dial-in number that allowed them to easily connect to almost any place in the world.” Today, iPass provides global mobile connectivity by keeping companies connected to the world’s largest Wi-Fi network.

iPass is a cloud-based service that allows customers to stay connected to Wi-Fi on any device. “iPass has been called ‘the Uber of Wi-Fi’: Just like Uber doesn’t own a single car, iPass doesn’t own any Wi-Fi hotspots, yet it is the world’s largest Wi-Fi network,” adds Griffiths. “We have partnered with more than 200 Wi-Fi service providers to build this global network, and the breadth of these partnerships gives us economic scale.”

In addition to global partnerships, iPass boasts more than 800 of the world’s most successful companies as customers. iPass teamed up with Emirates Airlines to help keep their non-flying staff connected. By making iPass the master connection manager across multiple mobile devices, Emirates was able to gain tighter control over mobility costs and reduced sizeable expenses on roaming charges.

iPass SmartConnect builds a real-time picture of the location and performance of Wi-Fi hotspots worldwide, both inside and outside the iPass network. The platform has the ability to catalog and curate Wi-Fi networks with the data collected by each iPass user. “From this data, we are creating an accurate, dynamic map of all the hotspots in the world, not only by location, but also by the expected QoS experience,” explains Griffiths. “We use the data to decide which network is best for our individual customers based on their usage history and the data we’ve collected about each of these hotspots.”

iPass has also enhanced the security of its service, by offering last mile VPN tunneling between users and iPass’ secure Internet gateway. Commonly, the “last mile” is where a user’s data is most vulnerable, but with iPass’ VPN functionality, data is masked and encrypted, protecting customers from the infamous “man in the middle” attacks and other security risks associated with free Wi-Fi.

Most recently, iPass launched a developer program, so that enterprises, operators and device manufacturers could incorporate Wi-Fi connectivity into their own apps. “We believe Wi- Fi—and connectivity in general— needs to be a commodity, so that more people can connect affordably any place in the world.”

Looking ahead, iPass intends to be on one billion devices by 2017. “Over the course of the company’s history, we’ve deployed our services over modem, 2G, 3G, 4G, and Wi-Fi. As new technologies emerge, we’ll adapt them too. Currently, we see our business as ‘Wi-Fi First, but not Wi-Fi Only’,” concludes Griffiths. 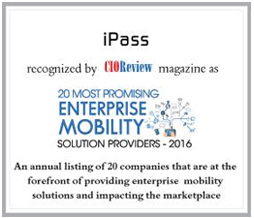 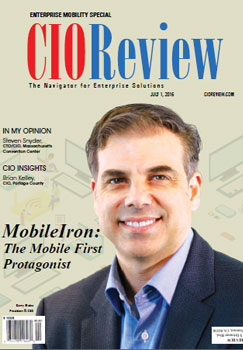