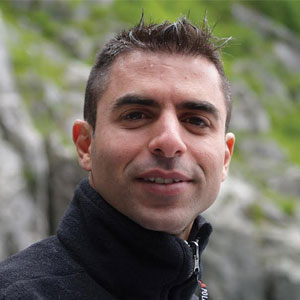 Amir Elbaz, CEO
“Fulfilling diverse needs of disparate customer segments is a new gauntlet in the SDN arena,” states Amir Elbaz, CEO of iPhotonix. Present day challenges in the SDN arena are innate problems in the access network landscape and expertise and knowhow in later vertical endue iPhotonix to address SDN problems efficiently. Sensing the great opportunity, Richardson, TX, based iPhotonix has ventured to provide SDN and access network solutions to carriers and enterprises. “Well-versed with the nuances and obstacles in Access Networks and SDN, iPhotonix is determined to transform networks for people and things,” asserts Elbaz.

iPhotonix follows an unconventional operational methodology and thus believes in deploying solutions locally to expel the fear of non-availability of services in the event of loss of cloud connectivity. The unique practice helps to expedite localized processing, reduce latency time, and ensure security 24 by 7. In its attempt to serve its heterogeneous customer base, iPhotonix has developed hardware agnostic solutions. “To limit the CAPEX and OPEX, we have developed a distributed virtual router that manages all sites as a single router, with each site using only a generic x86 platform,” says Elbaz. “A simple internet connection is required and the router creates secure tunnels between all of the sites and the network topology is determined automatically.”

The routing solution drives down the infrastructure cost as compared to installing edge routers and managing them through expensive VPNs or MPLS circuits. “We have been successful in removing the geographical barriers and distributing routing capabilities through our innovative solution,” states Elbaz.

Of late, optical LAN is a new trend in the SDN arena and iPhotonix has developed iVolve, its ONT software platform, to address needs of networking megaprojects such as universities and hospitals among others. The iVolve software performs the most crucial task of network disaggregation in the optical SDN arena. The offering absolves the user from the need of installing Customer Premise Equipment (CPE) hardware from the same manufacturer in its central office as well as other facilities.

In one of the implementation highlights, a client from fiber optics arena sought agile optical system for distribution within large campuses and routing in application space. As no other vendor was able to couple the power of optical network and virtualized routing, iPhotonix emerged as a winner. The firm offered commodity hardware based end-to-end software solution that could install fiber optics network in large hotels with reduced CAPEX and OPEX. Eventually, the client gained operational ability to win a contract from one of the largest hotel chains in the world.

iPhotonix has undertakings to revolutionize the optical access market and Elbaz says, “We are currently working with tier 1 customers in the U.S. and Latin America.” The company looks forward to a surge of Internet of Things (IoT) that will create exponential growth in number of connected devices and the need for agile, scalable, and manageable networks. “I believe that our abilities are best suited to address the present as well as future technological and market demands for hyperfast optical networks,” concludes Elbaz. 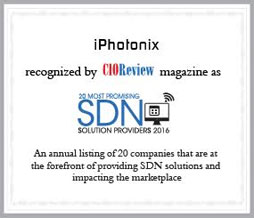 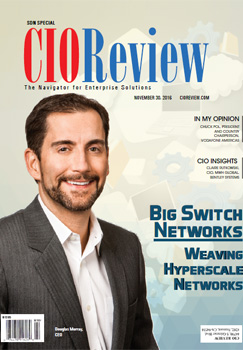