Started in 2008, and based out of Sunnyvale, CA, JFrog is a DevOps solution provider that has transformed the management and delivery of updates for software development firms. The firm is privately held and is a proud sponsor of the Cloud Native Computing Foundation. Amid end-users requesting for continuous support and streamlined operation of their programs, JFrog is answering their woes by deploying its flagship platform—Enterprise+. The solution is an umbrella of all the products that software development teams want— complete control over their entire project phases, from code building to testing, and deployment through future support. JFrog’s CEO and Co-founder, Shlomi Ben Haim, leads a proficient team that brings in extensive experience in the enterprise software domain. Enterprise+ is built for companies of all sizes; their customers range from SMBs to some of the most prominent Fortune 500 companies.

The JFrog platform allows DevOps teams to have an optimal workflow structure during coding, testing, and delivery of an upgrade to end-customers. It allows for the acceleration of the release cycle by managing and tracking all programming artifacts. Further, the CI/CD methodology that it utilizes ensures greater visibility over whole projects and provides for the quick release of the best version of the software every time. As companies are susceptible to cyberattacks and corporate espionage, one key area that JFrog covers through its Enterprise+ platform is security. It ensures that all data passing to and from multiple silos across various client data centers is reinforced with the latest anti-fraud systems and that there is no room for entry across the entire operations surface except for authorized personnel.

The usage of release-ready binaries to aid developers in gaining momentum across their programming floors is a crucial differentiator of JFrog’s solution. One other benefit is the Global Security Management that governs the allocation of the coding packages, as users can be actively managed and monitored based on their role at a facility. The identity and access management protocols automatically prevent unnecessary parties from viewing the information.

As companies are susceptible to cyberattacks and corporate espionage, one key area that JFrog covers through its Enterprise+ platform is security

This facilitates clients to breathe easy and focus on the procedures that are most important to them. It also ensures that precious time is not wasted, while also encouraging cost savings through supreme return on investment strategies. In the case of large companies that have multiple centers of operation, JFrog’s platform can be replicated to bring the same workflow model, and achieve active clustering with no downtimes across their sites. Besides the state-of-the-art solutions that it offers to its customers, JFrog boasts of a 24/7 R&D-level support by the best experts in the DevOps industry.

Having scaled great heights, and won multiple awards in the DevOps sector, JFrog has gone from being a small DevOps solution provider to the powerhouse that has thousands of customers and millions of users worldwide who rely on them. The company is also credited with creating and deploying the world’s first all-round software artifact management platform. Going forward, JFrog hopes to enjoy continued success and brighten up the lives of professionals in the DevOps arena by continually upgrading and releasing its best-in-class project lifecycle management software.

Key announcements delivered on day one:

The always-anticipated roadmap keynote, delivered by JFrog CTO Yoav Landman and CPO Dror Bereznitsky, revealed that JFrog has released a Beta version of a completely new experience to unify the entire DevOps pipeline into a single pane of glass. All JFrog products - including Artifactory, Xray, Mission Control, Insight and Distribution - will be managed in one user interface. Further, JFrog is unifying metadata between services so all package and security data is centrally located. The Unified Experience will be the default interaction for JFrog products, launching in the second half of 2019.

Following the strategic acquisition of Shippable in early 2019, JFrog has integrated the popular CI/CD technology into the JFrog Enterprise+ platform, dubbing the new service "JFrog Pipelines." Pipelines - currently in technical preview as a feature of JFrog Enterprise+ - is an end-to-end tool that is tightly integrated with the JFrog Enterprise+ platform to automate every phase of development from the time code is ready to be built through to when a release is deployed to production. Unlike other CI/CD tools, JFrog Pipelines is centralized, with a single service able to be scaled infinitely to natively, universally support DevOps work flows across an entire organization.

JFrog's popular DevOps pipeline security scanning and compliance tool, JFrog Xray, now has higher-octane fuel to speed the shift left into DevSecOps. After announcing a partnership with leading vulnerability intelligence company Risk Based Security [RBS] earlier this year, JFrog Xray has fully integrated data from RBS' VulnDB, which is widely recognized as the industry's most comprehensive vulnerability database. All JFrog customers will get VulnDB intelligence embedded within the Xray product immediately at no additional charge.

"Throughout the year, we've listened to developers, and are again proud to deliver on their requests," said JFrog CEO Shlomi Ben Haim. "Many large, influential companies have begun saying they are developer-first, speaking of their addressable marketplace. We're proud to be a developer company, built on the requirements of the community. This broad community has increasingly requested universal, secure and simplified tools that allow them to achieve fearless, mega-fast release cycles that deliver another leap toward the Liquid Software world."

Day one of the conference will also feature four-time Emmy Award nominee and PhD Mayim Bialik, star of CBS' The Big Bang Theory, as a special guest at the event's annual community gala dinner. 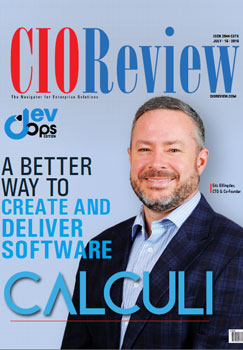