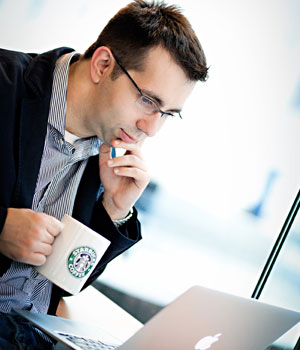 Ciprian Morar, Founder & CEO
Growing up in the legendary town of Transylvania amidst wooded valleys and castles, Ciprian Morar was unlike most boys his age. Working in publishing and also writing his own programs at the age of 14, it was not surprising when Morar, governed by a sense of lateral thinking, started a design and development studio—Lateral. This offbeat enterprise delivers technology solutions with a creative twist and holistic approach. “At Lateral, we believe that technology should be behind the curtain. Our tailor-made solutions connect people with technology in more user-friendly ways,” remarks Ciprian Morar, Founder and CEO, Lateral.

Guided by a mission statement— “We build products that delight”— Lateral’s services range from building mobile apps for the iPhone and Android to developing large scale software solutions for technical challenges faced by the travel sector. For Lateral, the task of building ‘a single app’ is discerned as being equivalent to building an entire ecosystem. Largely preoccupied with the idea of caring for their clients through enhanced user experience, Lateral’s solutions are delivered through a series of well-thought-out steps. First is the initiation and design phase, which is followed by development, project management and testing stages. The company does not believe in resorting to fancy PowerPoints and lengthy meetings but regard themselves as do-ers who “make things happen.”

Furthermore, Morar identifies innovation as their key forte. The company has four initiatives in which they invest heavily—Research and Development (R&D), Fedex Days, Tech Offsites, and the Lateral Academy. "Fifteen percent of our staff consistently work in our R&D labs, developing internal knowledge on current technology trends like Apple Watch, iBeacons, sensors, Arduino/ Raspberry Pi, Motion Leap, and Cloud Services," remarks Morar. As part of their Fedex days, Lateral conducts ‘hackathons’ where the company aims to ship products in a single day. At Tech Offsites, employees of the company are taken to remote locations in small groups and asked to collectively work on a project in an unfamiliar environment.

With a deep vertical knowledge and track record in travel, Lateral doesn’t only develop software but emphasizes building relationships with their clients

Every year, Morar takes his team to Japan, so that they can imbibe a sense of the Japanese design approach in their craftsmanship. “If we expect a certain sensibility of design and innovation from our employees, we have to make sure that our staff live and breathe these ideas” states Morar.

With a deep vertical knowledge and track record in travel, Lateral doesn’t only develop software but emphasizes building relationships with their clients. For a prominent internet media company, Lateral built the first version of the client’s Merchant app, which is now in its third generation. This app significantly simplifies the process of redeeming vouchers. By pointing an iPhone’s camera to the QR code, the app automatically scans and retrieves all the relevant data from Lateral’s servers. This convenience is further enhanced by making voucher-related actions as easy as tapping a button. “The app serves millions of customers and brings millions of dollars of revenue to the client,” says Morar.

Currently, Lateral is at a viable juncture and in the near future the company plans on investing more in innovation, differentiation, and design. “When we say design, our focus will not only be on visual design but also on experience design,” informs Morar. Keeping an eye always out for growth, Lateral has also invested heavily in a product named Travel Connect, which is up for launch soon and considered as their “next generation travel software.”

Description
Provides design and development solutions delivered through a broad range of services from design, concept, implementation, and consulting. 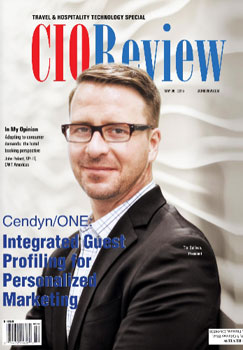