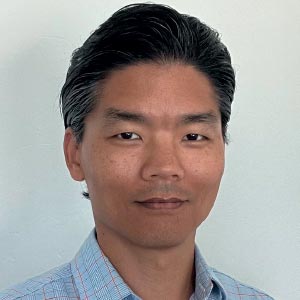 Yaoshiang Ho, Head of Product
Computer vision has opened doors to effective solutions that solve a broad range of real-time challenges using visual data. While it may seem straightforward at first glance, analyzing these inputs is a complex process. When building a production-grade model for computer vision from scratch, the developer must have extensive hands-on expertise in deep learning and machine learning platforms like PyTorch and TensorFlow.

Masterful AI has designed a low-code, automated alternative for developers to economically build and train computer vision models. The platform’s diverse AI/ML features help developers train models effectively without having to start from scratch every time. It increases developer productivity as they need to make a minimal number of decisions while developing a model. For instance, tuning hyperparameters is a tedious process when building ML models. Masterful’s platform provides developers with an internal optimization engine to find optimal hyperparameters.

Our platform helps developers build computer vision models without requiring years of extensive experience. We have incorporated numerous best practices and state of the art techniques into our platform for developers to leverage

Masterful gives developers access to its source code and the freedom to modify it according to their requirements, providing an additional level of control and transparency. Masterful supports multiple computer vision functions, including classification, detection, and semantic segmentation of images.

The low-code input interface is a command line interface that developers can run on their hardware. For developers who want to train computer vision models, the model’s performance is crucial, whether they build real-time models for an application or offline models for analytics.
Masterful’s command-line interface (CLI) is built on a well-documented internal API, which is also available for developers who would like more control over the functionalities they want to incorporate. And the product is source-available, allowing developers to further customize the platform.

“Our platform helps developers build computer vision models without requiring years of extensive experience. We have incorporated numerous best practices and state of the art techniques into our platform for developers to leverage,” says Yaoshiang Ho, co-founder and head of product, Masterful AI.

A significant challenge that Masterful’s clients face is data labeling, a tedious and expensive process to generate the raw input required to train a computer vision model. While companies outsource data labeling to third parties or make an in-house team do it, Masterful’s platform is a better alternative as it allows software engineers to train models accurately with less labeling effort through advanced data regularization and semi-supervised learning algorithms.
For instance, one of Masterful’s clients needed to build an application to analyze drone footage to inspect electrical power lines using computer vision. The data labeling costs for the project were high as it required experienced electrical workers and inspection engineers to label data. By training from raw, unlabeled drone footage using semi-supervised learning, Masterful could generate a model that elevated accuracy from 45 percent to 65 percent without any incremental labeling. This helped the client meet their release criteria and promptly deploy the model for production.

Masterful’s goal-oriented platform has assisted numerous developers in attaining accurate, trustworthy, and prompt models. The solution eliminates weeks of experimenting on available data and helps train the model on-prem or in the cloud. The trained model’s deployment can be easily done using the user’s current pipeline. These features offered by Masterful’s solution define its tagline, ‘computer vision, finally made simple.’ 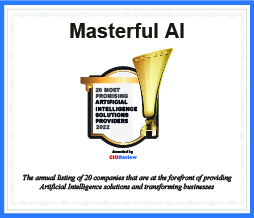 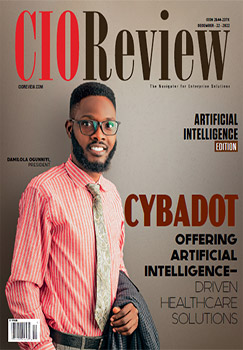