Nexidia’s approach is widely considered the most reliable and accurate technology for reviewing large amounts of unstructured audio, and Nexidia Search, Nexidia’s on-premise offering for audio discovery, has become the de-facto standard for many major domestic and foreign regulatory agencies. Likewise, Nexidia Audio Discovery OnDemand, Nexidia’s SaaS offering for audio discovery, is the leading solution for rapid indexing and discovery, on an individual case by case basis.

With more than 20 patents in phonetic indexing and search, NICE Nexidia is breaking ground in audio discovery. Unlike conventional speech recognition solutions, Nexidia’s phonetic-based technology first creates an index of each audio recording to identify patterns in phonemes, the individual sounds of the language that make up the sounds of the words spoken. With support for more than 40 different languages, Nexidia’s phonetic search engine matches the accent, pitch, and pronunciation of the audio. “For each time slice of audio that is indexed, we ensure that every potential phoneme is identified and accurately scored,” states Ashley Griggs, Director, Legal Markets, Nexidia.

During a search, the index is scanned to identify the occurrence of the requested terms, allowing users to identify potentially responsive content and carry out custom searches for words or phrases regardless of their usage and without the necessity to create a specific dictionary.

For each time slice of audio that is indexed, we ensure that every potential phoneme is identified and accurately scored

In addition, Nexidia is the most scalable audio discovery solution, able to process any size population of audio records at hundreds of thousands times faster than real-time. In one recent matter, a client with over one-half million hours of audio approached Nexidia for phonetic indexing and search. Nexidia was able to deliver a fully functioning and indexed audio population with search results in two weeks.

Nexidia’s technology for legal professionals is not limited to phonetic indexing and search. The company’s solutions also include a Speaker Profile builder and a Visual Query Builder. The Speaker Profile builder creates specific speaker profiles from a known set of recordings, which can then be applied to the entire audio population, helping users to identify the presence of specific speakers in the body of audio. The Visual Query Builder enables users to craft highly accurate searches with additional precision threshold options.

Alongside its robust legal solutions, NICE Nexidia has built upon its industry leading technology to also offer omnichannel analytics focused in the contact center, facilitating automated data exploration, sentiment analysis, trending, and more. With its broader offering within NICE, Nexidia continually meets the challenge of processing larger amounts of data in shorter amounts of time and with greater accuracy, offering great benefits for the audio discovery space. Having processed many millions of hours of legal audio content, Nexidia’s in-depth knowledge of the demands of legal professionals positions the company towork as a true partner in solving any audio discovery challenge. 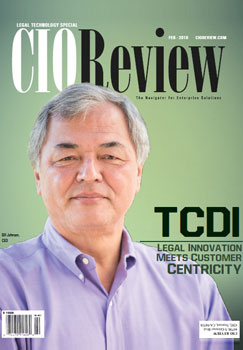