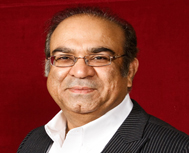 Grasping the rate at which technological industries are traversing from gigabytes to terabytes and now to petabytes in terms of data volume, Pruthi has strived to strategically position the company to combat effectively against clever cyber criminals.“With more than 1,000 enterprise customers in over 30 geographical locations today, Niksun is the only network monitoring solution provider for organizations with the power to instantly “know the unknown.” Its solutions can simultaneously capture, inspect, mine, correlate, and store data traversing the network at multi-gigabit rates,” says Pruthi.

The company has gone ahead and built a single portal that is capable of providing 93 percent analysis and real-time contextual visibility across networks. During an infrastructural security breach or a performance issue, Niksun tries to solve the challenge of data reconstruction and analytics with two basic approaches; firstly by leveraging Niksun’s Knowledge Warehouse (NKW), a patented technology used to generate multi-timescale linked and aggregated information from fine grained data to enable a single source of truth.
Secondly, by decoupling the data from the analytics using service oriented architecture.

Through leveraging techniques and methodologies from various fields such as chaos theory, fractal analytics, data warehousing and data mining, Niksun brings about a revolution across the network security industry through its flagship products. One in particular is the NetDetector which has the ability to detect and reconstruct security breaches by storing, evaluating, and performing network intelligence on all packets moving in or out of the network. Another product is the NetVCR which monitors, troubleshoots, and identifies network performance problems across all types of networks.

For instance, in 2005, the United States Secret Service (USSS) was combating an international army of cyber criminals, known for their hacking stint on bank database software and stealing close to 1.7 million credit card numbers. Millions were lost and the potential threat was estimated to amount close to billions. With the help of Pruthi and his team of engineers, the USSS was able to take down this international organization spread of over six different countries and thus saved billions of dollars.

Refusing to perish along with ashes of a massive fire breakout tragedy in 2008, where 250 servers along with their data were destroyed, Niksun rose through the hurdle and emerged as a stronger entity by building a new cutting edge infrastructure from scratch. From there on the company has made a habit of winning awards and recently in 2012, Niksun got accolades for its excellence in best practices from Frost and Sullivan. Moving forward, the company continues to redefine the benchmark for all things security. With a new line of products just around the corner, Niksun is poised to crack the unknown across the ever increasing cyber space and continues to be the world leader in network security solutions. 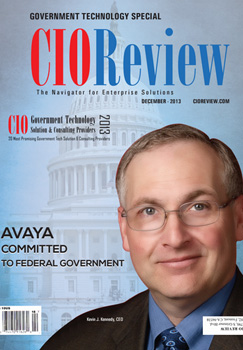