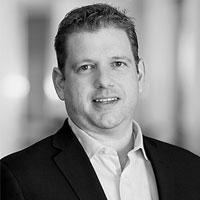 The dawn of the network perimeter and the constant hazards posed by sophisticated cyber threats—enough to bypass traditional security solutions—have marked the requirement of a highly developed security model. Keeping that in mind, the company has surfaced its latest innovation, Norse Appliance, an intelligence-based security suite which helps in blocking threats even before a network is infiltrated. The product blocks dangerous connections using real-time risk scoring and has the capability to detect complicated network attacks. Features incorporated within the product include a live attack map, delivering instant visibility in darkness and hard-to-penetrate geographies. Moreover, the product blocks malwares, virus infected URLs, botnets, bogons, and works on encrypted connections. “We have taken the industry’s finest solution for preemptively identifying and blocking advanced attacks and made it even better, with significant security improvements,” affirms Tommy Stiansen, CTO and Co-Founder of Norse.

Another innovation of Norse, the Norse Intelligence Service, continuously monitors a business’ network to ensure complete safety. The product is designed to immediately notify clients when suspicious or malicious data enters their organization’s network. The suite of intelligence services has an integrated fusion counter intelligence analytic system that identifies root causes, attack vectors within an organization.
Additionally, the company offers another product, DarkViking, a cloud-based live attack intelligence solution that processes hundreds of terabytes of internet traffic and calculates different risk factors for millions of IP address and URLs on a daily basis.

The company is focused on delivering live and true attack intelligence that helps businesses to prevent virtual hits, reveal hidden breaches and track threats. For instance, a political campaign’s fund-raising website was targeted for months in 2012. The attack was a result of Tor exit nodes that seeded the campaign’s donation system with fake transactions using stolen credit and debit card data. As a result, the campaign suffered major losses from more than 1,500 transactions before installing DarkViking. After setting up Norse’s product, the campaign succeeded in tracking all the attempted frauds and saved over $400 thousand.

Moving forward, the company is introducing two of its new enterprise threat solutions at the InfoSecurity Europe 2015 conference. The new Norse Appliance 10g will actively monitor inward and outward traffic at a constant speed of 10 Gbps to enhance the performance of security information and event management and prevent advanced cyber attacks. Additionally, the Norse Intelligence service will offer “warning-as-a-service” to help large financial services and government agencies to quickly identify cyber threats. 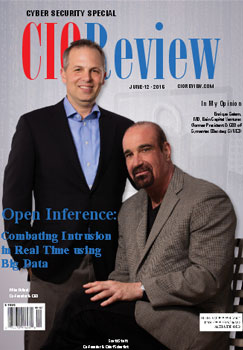