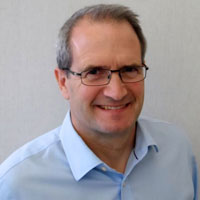 Dominique Jodoin, President and CEO
“In the recent past, there has been a tremendous increase in network traffic in terms of quantity as well as in usage patterns,” begins Dominique Jodoin, President and CEO, Noviflow. “To a great extent this has been fueled by explosive growth in the use of online applications and cloud services by an ever-expanding array of wired and mobile connected devices. Software-defined networking (SDN) is changing how networks are designed, deployed, operated. At NoviFlow we are focused on providing high-performance, intelligent SDN switching solutions that are robust, offer the full range of rich new SDN features, and can scale gracefully as network demand escalates,” adds Jodoin.

NoviFlow is a part of a venture started by the University of Quebec in Montreal. The firm’s switching solutions use Network Processor Units (NPUs), long been recognized for providing superior packet processing performance and unparalleled versatility and upgradability through software programming. The use of NPUs also allows NoviFlow to develop new capabilities and release new versions of their switches in less than three months, compared to the eighteen to twenty-four months required by traditional ASIC based switches. NoviFlow’s NoviSwitches are specifically designed for deployment in data centers looking to leverage the benefits of SDN to improve network cost/performance, security, scalability and flexibility. NoviFlow has invested over 40 man-years in design and programming of high performance OpenFlow forwarding planes running on NPUs.

“We count as customers many of the largest companies in the world having adopted OpenFlow technology. Some of them have already deployed production networks running our high performance switches,” says Jodoin.

In a recent engagement with a Japanese customer, NoviFlow’s experts showed that in a typical Data Center Gateway, a solution based on NoviFlow switches would be up to 15 times more economical than an equivalent solution based on x86 technology, taking into consideration both the CAPEX and OPEX costs.
In the highly competitive cloud market, data centers and network operators will need to differentiate their offerings. NoviFlow outshines its competitors by its software-based approach and allowing fast development of customized solutions and integration of new functionality, even beyond the OpenFlow specifications. This programmability also eases interoperability with OpenFlow controllers and applications from third party suppliers.

NoviFlow is currently the market leader in the emerging product category of high flow volume SDN/OpenFlow edge switches. With a solid head start on deployment of high-performance forwarding planes, and short development cycle, NoviFlow is ideally positioned to meet this demand.

The SDN industry is now entering its second phase, where customers are looking for vendors who can supply specific data-plane infrastructure elements as part of a wider ecosystem of SDN solution providers. NoviFlow has a proven history of working with all essential players of the industry, including the major controllers as well as key application providers. As a consequence of these efforts, NoviFlow is ideally positioned to take a leading role in the fast growing SDN market. 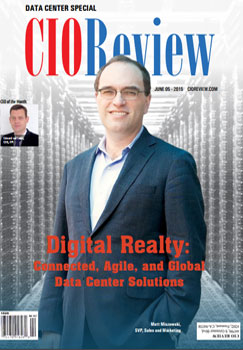