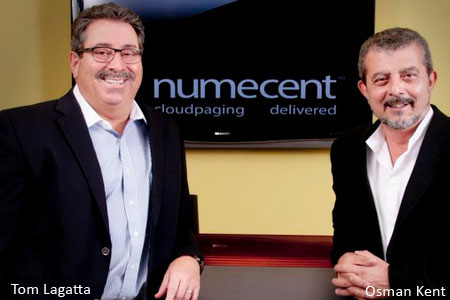 Osman Kent, Executive Chairman & Co-founder, Tom Lagatta, President & CEO
“Current computing paradigms, which evolved over many years, contain a lot of ‘Junk DNA’, creating huge inefficiencies in the way systems are architected, deployed, and maintained,” begins Osman Kent, Executive Chairman and Co-Founder of Numecent. “The industry sometimes uses 1000 servers, when one would suffice; it delivers 1GB when 50MB is enough and it installs junk on your computers, plaguing users and support staff alike. IT resources, be it people, storage, compute, licenses or bandwidth are being wasted at a massive scale. Our mission is to effortlessly eradicate those inefficiencies, resulting in huge savings and a much better user experience.”

Provisioning Windows applications is traditionally full of major pain-points and costs for independent software vendors (ISVs), cloud service providers (CSPs) and enterprises. The Irvine, CA based Numecent has developed a patented technology called ‘cloudpaging’ which seems poised to remove most of those costs and pain-points through on-demand virtualization and containerization. A “Gartner Cool 2013” vendor, Numecent is reportedly achieving triple-digit revenue growth and increasing traction among ISVs, CSPs, and enterprises with over 1M users and counting. It recently hired Tom Lagatta, former EVP of Worldwide Sales at Broadcom, as President and CEO to scale its operations and is also busy porting its technology to the Android platform.

“Cloudpaging represents our vision to transform software provisioning and consumption,” says Kent. “It not only challenges the painful native installation paradigms (cloudpaged assets require no installation) but also the legacy ‘pixel streaming’ paradigms which host native applications on a server. Native installation is an IT nightmare and pixel streaming is expensive, bandwidth and server hog will never become web-scale. And, with the latter, you still have to natively install the software on the server side, ending up with the same IT headaches.”

Cloudpaging first ‘cloudifies’ the application, using pre-virtualization and containerization. This one-time, offline process abstracts the application from the underlying operating system.
“This does not require any changes to the application nor requires any access to the source code. It also divides the application into tiny instruction fragments called 'pages' which can be delivered on-demand—hence the term Cloudpaging,” explains Kent.

This cloudified asset is then published on a cloudpaging server where the admin can now impose a second layer of licensing which Numecent calls ‘MetaLicensing. The purpose of MetaLicensing is to provide fine-grain license enforcement for compliance and audit reasons, without having to change the underlying license mechanisms.

Cloudpaging can effortlessly remove the server, network, storage and IT footprint of an application by up to 1000x without changing the application itself

Once the initial 5% payload is delivered (pushed or pulled), the cloudpaging agent on the client-side fetches the remaining pages only if accessed by the user and executes them inside a virtualization sandbox with ZERO installation. “As a result, users can start using the application almost instantly,” says Kent. Subsequent accesses to previously fetched pages are locally stored in an encrypted cache for a rapid access and can be used even offline.

“Most importantly, cloudpaging does NOT force users’ data to the cloud which can remain behind the firewall. This is an important security consideration for our enterprise customers,” adds Kent.

“Cloudpaging can effortlessly remove the server, network, storage and IT footprint of an application by up to 1000x without changing the application itself-it is a giant step in removing Junk DNA from IT,” concludes Kent.

Description
Numecent pioneers Cloudpaging technology for rapid, secure and friction-free provisioning of native applications from the cloud through on-demand virtualization and containerization.