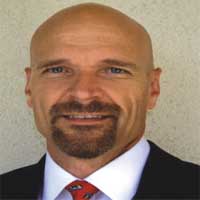 Rick Dill, Founder & CEO
When Rick Dill graduated from college with a degree in engineering and took a sales job for a construction material supplier in Southern California instead of working for a professional engineer, his parents thought he was crazy. But in fact, he was still “engineering” every day. His big opportunity came after ten years when he was promoted to management with a huge task: Move the family to Ohio and grow the Eastern United States and Canadian businesses, otherwise the company would be forced to shut down its Eastern manufacturing plant. As a practical visionary, Dill figured out a way to “reengineer” the business and triple sales in four years. This ignited his entrepreneurial spirit to found PipelineSuite in 2000 to develop web-based software applications that improve efficiency in the building industry.

Sending out bid invitations to subcontractors and vendors and tracking who is bidding using manual methods is time consuming. Managing subcontractors in a spreadsheet that is not shared with others in the office is inefficient. Adding to it, maintaining an ftp site and handling technical support questions from subcontractors can take time away from more important work such as estimating. PipelineSuite eliminates these pains and streamlines the preconstruction process.

PipelineSuite helps general contractors, subcontractors, and suppliers perform pre-construction functions in a fraction of the time

“From the launch of PipelineSuite in 2000, our strategy has always been that if the software is intuitive, fast, and easy to use, more people will want to use it, as simple as that. We also listen to our customers and consistently add new features to improve the product,” says Rick Dill, President and CEO of PipelineSuite.

PipelineSuite’s mission is to bring cutting edge technology products to customers that help save time, reduce costs and improve efficiency. PipelineSuite is used by hundreds of GC’s (General Contractors) across the U.S. and Canada. One of PipelineSuite’s clients, Innovative Construction Solutions, a national general contractor, needed a way to reduce the time spent inviting subcontractors to bid their projects, distribute plans and bid documents, track which subs were bidding, and send out addenda. Using PipelineSuite, they are able to set up a project, select bidders, upload plans and specs, and send out bid invitations and addenda notices at startling speeds. The benefit of time savings allowed its estimators to focus more time on their estimating tasks, which helped them win more projects.

What’s next for PipelineSuite? The company plans to continue its strategy of consistently adding new and improved product features while keeping its core value “ease of use” intact. The opportunity for growth is huge because there are so many general contractors who have not automated their preconstruction process. 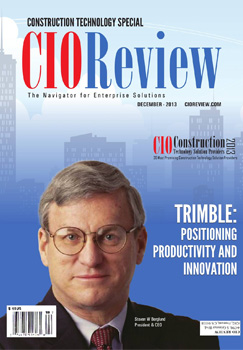