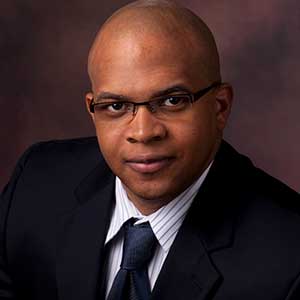 Hugh Stewart, President
When finance functions seamlessly with other departments, it has the most to offer a business. Unfortunately, legacy accounting systems are not well-integrated, which traps the finance department in snail-paced manual processing. For that reason, growing companies require a mid-market ERP software like Sage Intacct, which offers the robust features necessary for scalability and growth. However, even with Intacct's powerful capabilities, companies will often struggle to migrate their historical data from a legacy accounting system to the new ERP system. This is where Platform Transition, a Sage Intacct marketplace partner, provides value. The white glove process, facilitated by a Sage Intacct migration specialist, enables a quick and easy transition to Sage Intacct while allowing customers to select how much of their historical data to migrate to Sage Intacct. “We remove about 80 percent of the work that a customer would have to do with their historical data when migrating to the new Sage Intacct platform,” stated Hugh Stewart, President of Platform Transition. Their platform-independent process enables customers to decide the amount of data they wish to take to the new ERP system and then provides unparalleled support in completing the historical data migration.

As Platform Transition’s process removes most of the work a customer would have to do while executing the migration, they can focus on more strategic requirements such as working with their implementation partner. The service comes with a simple, easy, and seamless process that requires the customer to go through four basic steps to get started: provide access to the system or a series of standard data reports, fill out the data maps and approve the master data templates, validate the completed work, and stay in touch. As the process is aspires to be minimally operationally l, customers do not have to rearrange their workload or work schedule to accommodate Platform Transition. “We perform most of the work, including cleaning, formatting, and loading the data into the customer’s Sage Intacct environment,” Stewart emphasized.

In one instance, Togetherwork, an international holding company, approached Platform Transition to execute their migration to Sage Intacct. The client was going through aggressive mergers and acquisitions for over two years. In the same period, Platform Transition completed 17 migrations successfully using some of the most advanced processes, such as multi-entity mapping. The company also provided acquisition support by allowing the client to perform operational metrics and regular accrual reporting, with pre-acquisition data imports. “With Platform Transition onboard, data migration became a swift and enjoyable part of our implementation experience,” said the happy customer.

Prior to founding Platform Transition, Stewart was the CFO of a real estate development operation. When the financial architecture exceeded 13 QuickBooks Online databases, Stewart had to migrate those to a new ERP system due to rapid growth. As he required a better accounting system to support the company’s operations, he soon sought out Sage Intacct. However, historical data migration remained a significant hurdle for the company. To solve this puzzle, Stewart created a macro-driven utility that could move four years of historical data—contained in a single entity—from QuickBooks Online to Sage Intacct. With the solution, he migrated all 13 databases to the new ERP system in record time. Stewart then decided to make the solution commercially available to customers looking toward moving to new ERP systems and founded Platform Transition. Over six years, the company has executed more than 750 migrations successfully. In 2016, the company became a marketplace partner of Sage Intacct and started focusing more on assisting organizations with data migration. Since then, Platform Transition has helped a diverse clientele, including governments, schools and foundations, multinational corporations, publicly traded companies, hedge funds, private equity companies, and more.

Currently, Platform Transition is implementing HIPAA Compliance standards for its internal data security. The company is also finalizing plans to support customers who intend to migrate from Sage 300 Construction (Timberline) to Sage Intacct. 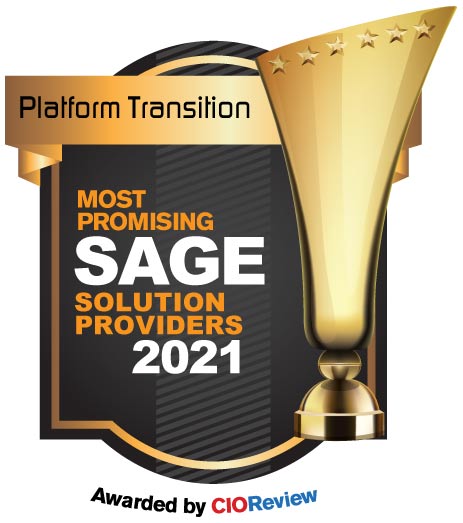 Description
Platform Transition is a Sage Intacct marketplace partner. The company enables a quick and easy transition to Sage Intacct while allowing customers to migrate as much historical data as they want. The company removes about 80 percent of the work that a customer would have to do with their historical data when migrating to the new Sage Intacct instance. Their platform-independent process enables customers to decide the amount of data they may wish to take to the new ERP system. As Platform Transition’s process removes most of the work a customer would have to do while executing the migration, they can focus on more strategic requirements such as working with the implementation partners 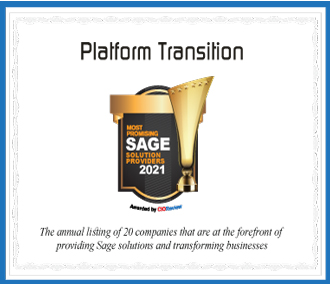 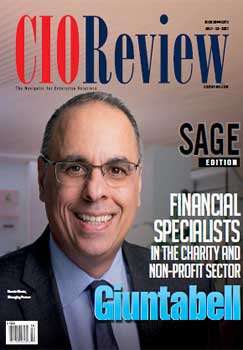