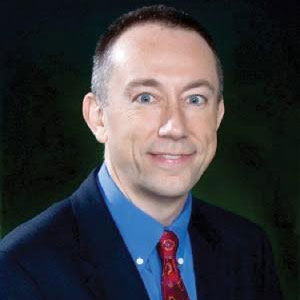 Larry Lang, CEO
There are four primitives to implement when working with packets: Parse the packet, Lookup internal state, Update the packet, Modify the packet and then release, forming the acronym PLUM. And a grid of PLUM together forms a data center, forming the name, PLUMgrid! However, other than the innovative name, what makes the firm, a visionary? It’s simple and secure cloud infrastructure.

“Enterprises and service providers are excited by the business transformation made possible by cloud data centers and software-defined networking,” says Larry Lang, CEO, PLUMgrid. “PLUMgrid’s innovation in secure virtual networking is unmatched in providing customers the scalability and agility they require.”

For organizations building private and public cloud, the firm assists these firms with multi-tenancy, security, scale, and performance for their cloud’s virtual network infrastructure. Through automation, ease-of-use, and agility, PLUMgrid makes complex and large-scale production clouds possible. Secure and multi-tenant cloud environments are provided by the firm with the most advanced networking functions and highest performance. The PLUMgrid Open Networking Suite assists customers when it comes to OpenStack—helping them achieve operational efficiencies in building and managing their cloud.

PLUMgrid provides a unique software-only solution to effortlessly and swiftly build private virtual networks for cloud operators with large multi-vendor network and hypervisor environments, known as Virtual Domains. Complete isolation and control for its tenant is provided by Virtual Domains. A user is enabled to create novel networks, change its configuration, or add new networking services on-demand, without affecting other Virtual Domains or the physical network. Using a secure self-service web-interface or programmatically through PLUMgrid’s open and extensive API, PLUMgrid Platform and Virtual Domain provides industry’s leading performance, scale and ease of use.

The firm assisted NTT in transforming its traditional hardware based networking approach that did not endow with the service agility and scalability needed for NTT SmartConnect to grow. To meet the scale, performance, and service demands from their customers, NTT SmartConnect needed a SDN solution with robust control plane coupled with a fully distributed programmable data plane. PLUMgrid ONS for OpenStack provided NTT SmartConnect a fully distributed architecture that is built for scale, while ensuring performance and lowest latency. Since forwarding decisions are distributed and made at each individual server, every new server added to the cloud resulted in an increase in throughput for NTT SmartConnect to stream more content.

With an arsenal of innovative cloud solutions under its belt, the firm is all set to transform the cloud delivery model. 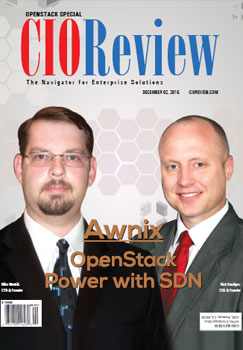