Danial Daychopan, CEO & Founder
The digital currency and alternative payment methods are proliferating at a breakneck speed today. Blockchain-based innovations such as Bitcoin (BTC) and Ethereum (ETH) have transformed the world of digital currency into an independent ecosystem, supplanting the prestigious milestone value of gold. As a result, the business and technology community including entrepreneurs, traders, and developers have embraced this emergent economy. London-based company, Plutus recognized the tremendous potential of cryptocurrency early on and has been among the early adopters of this transformation. “Upon closer inspection, merchant-side adoption of Bitcoin is actually much further away than most people presume. In the meantime, customers face tremendous challenges in buying goods and services using crytocurrencies,” says Danial Daychopan, CEO & Founder, Plutus. Plutus engineered the concept of universal debit-based payments using BTC, ETH, and their proprietary rewards system, Pluton (PLU), to obtain popular cryptocurrencies directly from people willing to sell, rather than through exchanges.

Merchants opting for cryptocurrencies encounter numerous logistical challenges. Most of the merchants believe that debit cards and cash have always been the trusted forms of doing transactions. Plutus, on the other hand, alters the status quo by simplifying the interaction methods between consumers and merchants through a blockchain-based debit card network and incentivizing the entire process for everyone willing to participate. Through Plutus’ Tap and Pay app, customers can spend their digital currency free of charge, eliminating the need for debit cards, credit cards, or cash. In addition, customers can earn reward points in the form of Pluton after every transaction. Unlike BTC and ETH, PLU is entirely free and can quickly be converted into spendable balance.

Purchasing cryptocurrencies for the first time, however, can be an incredibly complex process. It often requires lengthy sign-ups and verification processes on a centralized exchange, which demands time investment ranging from days to several weeks. PlutusDEX is specifically designed to ameliorate this issue. As a unique platform, PlutusDEX allows users to buy small denomination of cryptocurrencies through a simple email and telephone verification without going through the lengthy KYC process.

In a nutshell, our philosophy at Plutus is that we don’t want anyone wait for merchants to accept Bitcoin and Ethereum, and that buying digital currencies should be free

This approach has made Plutus an enabler of crypto-economy, facilitating participation from willing candidates. Through a blockchain-based transaction model, Plutus decentralizes the exchange process. Contrary to the third party exchange methods, it is a safer alternative, enabling flow of currency directly into the wallet of choice. The PlutusDEX platform provides the much needed liquidity to the Plutus payment system wherein users can buy Pluton, Bitcoin, and Ethereum currency directly from sellers and load it as cash in Plutus debit card or Tap & Pay balance.

Albeit, in its beta phase, PlutusDEX has already made headlines and Plutus endeavors to publicly release the platform soon. The PlutusDEX platform provides person-to-person market for buying cryptocurrencies without any trading fees, withdrawal fees, or deposit fees. The successful implementation of PlutusDEX will be followed by introducing Plutus debit cards and finally, Tap & Pay app for Android and iOS will be released.

In the previous two years, there has been a significant surge in communities that support Pluton reward token. This development has significantly enhanced the popularity of the PlutusDEX platform. According to a survey last year, the number of new token holders had risen by 36 percent. This is the result of Plutus’ pricing model that charges only three percent of Bitcoin and Ether deposits on Tap & Pay, leaving the rest of the exchange free of charge. “In a nutshell, our philosophy at Plutus is that we don’t want anyone wait for merchants to accept Bitcoin and Ethereum, and that buying digital currencies should be free,” concludes Daychopan. 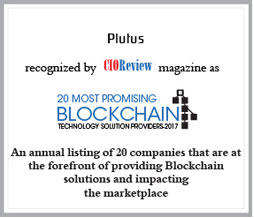 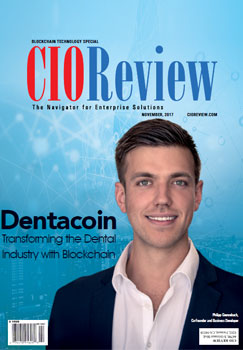