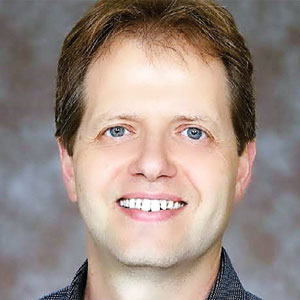 Guy Yehiav, CEO
Many retailers find their existing analytics and reporting systems ineffective. To be successful, they need optimum visibility to anomalies in product behaviors, inventory movements, transactions, and more. Many “traditional” analytics systems, which usually create reports for interpretation, are focused on the report and visualization, rather than the corrective action and workflow.

Profitect, an award-winning software company that provides retail and CPG companies with a prescriptive analytics solution, is helping its customers understand and act on their data through the use of “smart tasks,” or prescriptive actions. Upon collecting a retailer’s data, Profitect uses machine learning and artificial intelligence to analyze it, interpret it, and identify any behavior anomalies. It then distributes the identified anomalies to the appropriate stakeholders, along with simple smart tasks dictating exactly how to resolve the issue combined with a sophisticated workflow, ensuring the right tasks are delivered to the right person and executed. Profitect’s solution frees up employees from having to interpret reports, by telling them exactly what actions to take to improve sales and margins.

One example common to supermarkets is the movement of bottled water. Typically the supermarket sells one water bottle unit per five minutes, and suddenly stops selling the unit between 11:00 am and 1:00 pm. Profitect’s prescriptive analytics solution would analyze the probability of the issue at hand, then send the store worker a simple text message (read: smart task!) saying: “Water bottles have stopped selling. Check Aisle 8, bottom shelf, and refill shelf, you have inventory in back room Zone A.”

According to Guy Yehiav, CEO of Profitect, comparative analysis captured this anomaly. “Our system showed other stores were selling the same water bottle, during the same time of the day. And it had nothing to do with a cannibalized promotion. So the system could quickly figure out that the store had run out of water bottles in the aisle, while the store was unaware of it.”

Alerting the employee exactly what to do about this anomaly allowed it to be fixed in near-real time.

This helped the retailer avoid missed sales opportunities and a negative customer experience due to lack of on-shelf availability.

An apparel retailer had launched a new jacket that accumulated sporadic product returns and the retailer was completely unaware that it was happening and why. By analyzing the amount of returns, associated codes, and other data, Profitect’s prescriptive analytics solution quickly recognized it was a quality issue with the fake fur in the jacket’s collar. The solution pushed a prescriptive action to the stores reading, “Check jacket for a ‘Dry Cleaning Only’ tag.” None of the jackets had this tag.

“Since fake fur can’t be washed in a washer and dryer, the ‘Dry Cleaning Only’ tag was essential,” says Yehiav. “After employees attached the tag as a corrective action, that jacket became a top-selling product.”

“We are making it easy for our customers to take actions that deliver results quickly,” says Yehiav. “When our system sends a smart task, the attached dollar amount tells the recipient that if they take action, it will create value for the company.”

Reports aren’t enough. Profitect’s prescriptive analytics solution interprets data, ensuring that the end user sees just the anomaly and how to solve it.

“We are very pleased to welcome Sobeys into our customer community,” said Guy Yehiav, CEO of Profitect. “They are a leading Canadian grocery retailer and we are proud they have selected Profitect to identify opportunities for sales and margin improvement. We look forward to a strong and successful partnership with them.”

“We were aware of Profitect’s reputation in the market as a leader, which is why we brought the team in to pitch, but it was really the first demonstration of their prescriptive analytics product that sold us,” said Peter Enman, Loss Prevention Manager, Sobeys Inc. “Since then, we’ve continued to be impressed with the knowledge and understanding the team has of our business needs. We also spoke with existing Profitect customers for references and they all mentioned the agility and high level of customer service Profitect provides. We can’t wait to get started.”

Sobeys will also leverage Profitect’s Mobile Field Application (MFA) to remove false positives in the field, drive smart task-management, and optimize performance in stores. Sobeys is planning to roll out Profitect across its 1,500 stores under all retail banners. 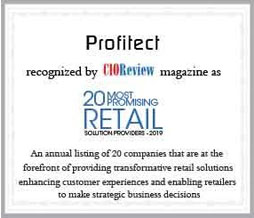 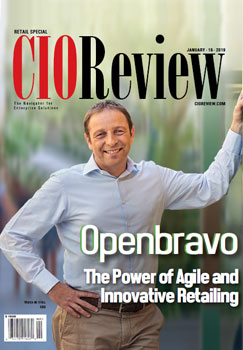