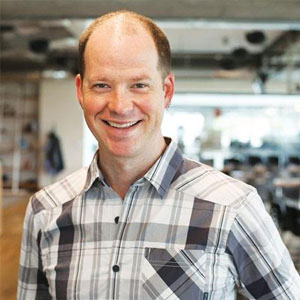 Luke Kanies, Founder & CEO
Luke Kanies, Founder and CEO of Puppet and his team have been driving the movement to a world of unconstrained software change. “I found it incredibly frustrating that everyone was inventing their own tools for automation and build something nearly anyone could use, for any problem,” begins Kanies. He further continues, “Organizations can’t remain competitive unless they make software a core competency.” The firm’s revolutionary platform has gone onto become the industry standard for automating the delivery and operation of the software. Fortune 100 companies and many others use Puppet's open source and commercial solutions to adopt achieve situational awareness, DevOps practices, and drive software change.

Puppet’s technology is harnessed by multifarious enterprises like PayPal, Cisco, WebEx and CERN who use it in large-scale Openstack deployments. Red Hat incorporated, Puppet platform in their product, Satellite 6, enabling users to manage their Red Hat Enterprise Linux (REHL) with the help of Puppet’s open source platform. Puppet and Red Hat have collaborated on a complete, fully supported integration between Puppet Enterprise and Satellite, which enables clients to manage their entire IT infrastructure lifecycle.

The integration between the platforms, Puppet Enterprise and Satellite makes it easier for clients to deploy, scale, and manage Red Hat infrastructure across physical, virtual, and cloud environments. Customers can seamlessly handle their initial and ongoing configuration management, as well ad-hoc task execution, for Red Hat and many other operating systems. The operating system provisioning process installs and configures the Puppet Enterprise agent on each newly provisioned RHEL system. Every time Puppet Enterprise ensures the systems are in their desired states, it sends inventory data and configuration reports to Satellite. Red Hat Satellite-Puppet Enterprise integration takes advantage of what each product does best and supports the customers’ complete node lifecycle management for their data center.

In an instance, Puppet assisted Staples, a retail chain selling office supplies, to automate their cloud services. Staples had set up a private cloud for internal application development teams to test environments in a flexible manner. The private cloud ran on Red Hat Enterprise Linux and Staples had a limited number of experts who could automate. The challenge was to find a configuration management system that would be accessible for developers or platform engineers, and not just system administrators. On deploying Puppet Enterprise, Staples created a user interface that allowed varied teams to collaborate and manage the application code. The application development team used open source Puppet on a couple of different application stacks, hosted both internally and on a public cloud service.

Forging ahead, Puppet will continue improving its products, customer operations, and grow its business. The company recently released Puppet Enterprise 2016.1 which allows infrastructure changes on demand, with a push of a button. “Our goal is to be leading edge and push the envelope and define the next decade of software adoption,” concludes Kanies. 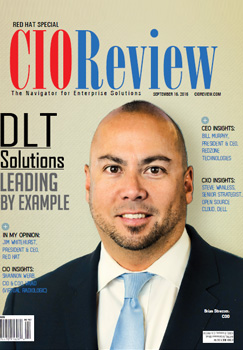